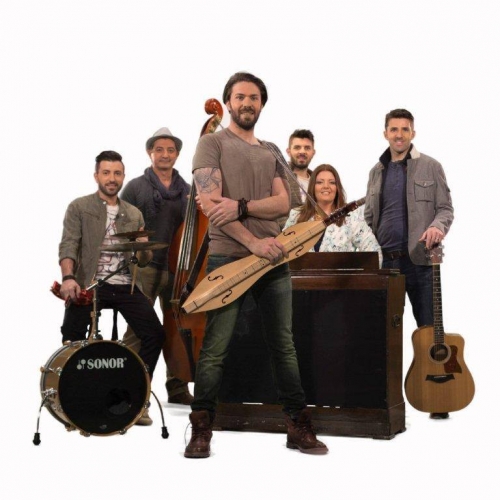 Little time has left before the start of the Eurovision 2014 Song Contest, which will be held in the Danish capital city Copenhagen. Famous Armenian showman, comedian, and singer Aram MP3 (Aram Sargsyan), who will represent Armenia at the event and with his song “Not Alone,” will compete in the first semifinal on May 6.

The band named Firelight will represent Malta in the competition, and with their song, “Coming Home.” Firelight, which is a folk, country and pop music band, will perform in the second semifinal on May 8, and they will try to make it to the final on May 10.

Until then, however, NEWS.am STYLE spoke with Firelight’s frontman, Richard Edwards.

Eurovision is a very strong competition. How do you prepare for your performance in ?

We have been working at our music for many years. I wrote Coming Home for the competition. We were thrilled to win the national selection in . Our next job is to get through the second semi final on 8 May and then sing our hearts out in the final.

What does participation in Eurovision mean to you?

It is very exciting. As individuals we have competed in the national finals before so to finally win it is something very special. We have been promoting Coming Home in , and . It will be brilliant to finally reach .

We know that you have been working on the release of your album in 2014. Is it already available, and what kind of songs can the fans hear in it?

It is nearly ready and we hope you like it. We have worked hard at creating our own special sound, a mixture of rock, pop and folk.

Can you tell us the story of your Eurovision song, “Coming home?”

There was a personal inspiration behind it but it will mean different things to different people.  I think it will be especially poignant for the many thousands of people who work abroad and are separated from their families for months at a time. I myself spent some time in the , where I competed in X Factor (a show much like American Idol) and it was missing family that brought me back home to .

How do you feel about performing first in the second semifinal?

Excited. It’s a big responsibility to start a show with a bang and we can’t wait to do it.

Have you heard the song by Aram MP3, ’s representative at Eurovision 2014? And what are your impressions?

We have. It is very good. Many people all over are excited by Not Alone and it is going to be hard to beat.

What would you like to say to the Armenian fans of Eurovision?

The fans are very important at Eurovision. They add so much excitement. We hope that everybody in enjoys the show. We hope that both Aram Mp3 and Firelight make it to the final.  We know that the people of and the people of have similar cultures and history. For some reason this feeling is also expressed year after year in every Eurovision. So if you like Coming Home from Firelight please vote for . We promise to give a kiss to everybody who does that.