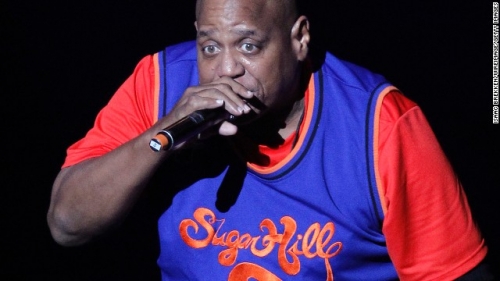 A member of the Sugarhill Gang, whose pioneering hit "Rapper's Delight" brought hip hop to mainstream audiences 35 years ago, died Tuesday of complications from cancer.

The music world is mourning the death of rapper Big Bank Hank, who delighted fans and changed the course of hip-hop with the Sugarhill Gang's 1979 classic, .

Big Bank Hank, who was born Henry Jackson but was also known as Imp the Dimp.

David Mallie, who manages the group's two remaining living members, told Fox News that Jackson died from kidney complications due to cancer. Mallie confirmed the news to USA TODAY, saying that he had seen Hank "several times" over the last several years and that his health had been declining as he went through chemotherapy and dialysis treatments.

"So sad to hear about our brothers passing. The three of us created musical history together with the release of Rapper's Delight. We will always remember traveling the world together and rocking the house. Rest in peace Big Bank."