Can listening to hip-hop beat depression? 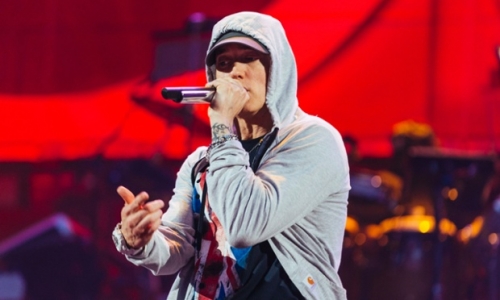 According to research by Cambridge University psychologists, the rags-to-riches stories and ‘positive visual imagery’ of rap music could provide the key to better mental health.

According to The Guardian, in the past, rap music has been criticised for its obsession with the high life, with the wearing of the most expensive clothes, the driving of the fanciest of cars and the watching of the most absurdly oversized home-entertainment systems. But what if we were to tell you that such flights of fancy can actually have a positive, socially beneficial effect? That is the theory being put forward this week by Cambridge University’s Department of Psychology, who offer the viewpoint that upwardly mobile rap can actually benefit those experiencing mental health issues.

The study, which was published in The Lancet this week, is the brainchild of consultant psychiatrist Dr Akeem Sule and clinical neuroscientist Dr Becky Inkster. It posits the theory that a great deal of rap music, with its rags-to-riches narrative trajectories, displays “positive visual imagery”, a psychotherapeutic technique common among sports stars, in which one envisages the place where one would like to be, so as to facilitate one’s progression to a better mental place. Their chief example is Notorious BIG’s Juicy, in which he talks candidly about the deprived life he has known, and the new life with its chauffeur-driven limousines and 50-inch TV screens that is tantalisingly within his grasp. Far from being a celebration of flash and financial excess, Sule and Inkster believe that this is therapy and catharsis in action, “a means of breaking free [and] a message of hope …”