Mansion from the 'Godfather' film hits market for $2.9M 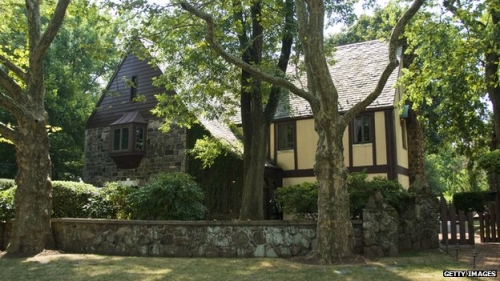 The home of the Corleone family in the 1972 film is on sale with its 6,248 square feet including seven bedrooms and five bathrooms for $2.89 million, BBC reported.

The house was gutted and renovated in 2012 after having been a family home for six decades.

The Godfather was also, for a time, the highest grossing film ever made.

The exterior is most famous for being the location of a Corleone family wedding at the start of the film.