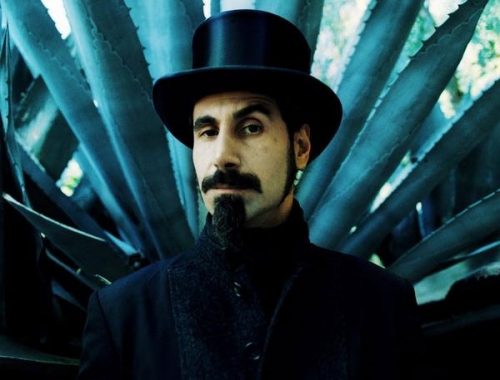 As reported earlier, the world-renowned Armenian-American rock band System of a Down (SOAD) is launching its Wake Up The Souls Tour, which is devoted to the centenary of the Armenian Genocide.

Within the framework of this concert tour, SOAD will perform in England, France, the Netherlands, and Belgium.

The tour will conclude on April 23, with SOAD’s first-ever performance in Armenia with a free show in capital city Yerevan.

SOAD frontman Serj Tankian spoke with Rockfm.ru, and below is an excerpt from the interview.

In your view, which are the most pressing social issues of our days?

I recently took part in the creation of the song “100 Years,” which is devoted to the 100th anniversary of the Armenian Genocide. This is a very important topic, and it needs to be raised together with the other genocides in the world. Sadly, similar occurrences may take place in the future, too. The Armenian Genocide was the first tragedy of the 20th century, which is often forgotten. For me it is very important to inform people that such tragedies are happening all over the world and we cannot ignore them. People must react by preventing the recurrence of such incidents, but this is not happening today. I believe that an international rule should be established, according to which if genocide happens somewhere in the world, everyone should think about it, solve this matter together, setting aside their own interests. I know it sounds a little utopian, but this is the only way thanks to which man will live on as a kind.