Kanye West has changed the name of his new album 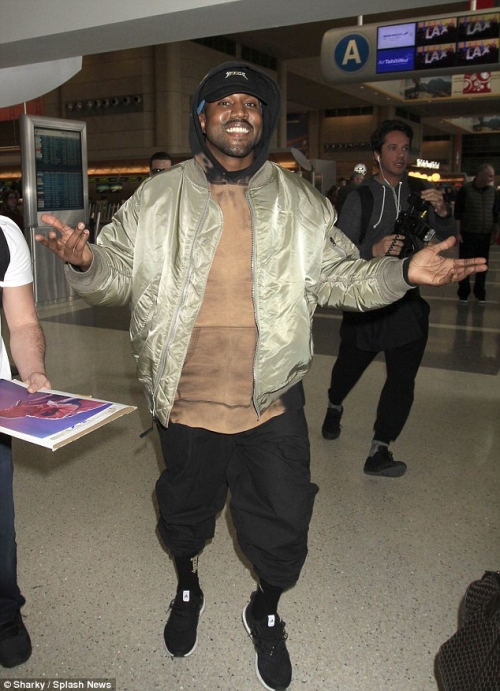 Kanye West, 38, revealed his album was called Swish originally but has now decided to call it Waves and announced the update on his Twitter on Tuesday.

It's yet another update to the highly anticipated project which was also called So Help Me God at one point. 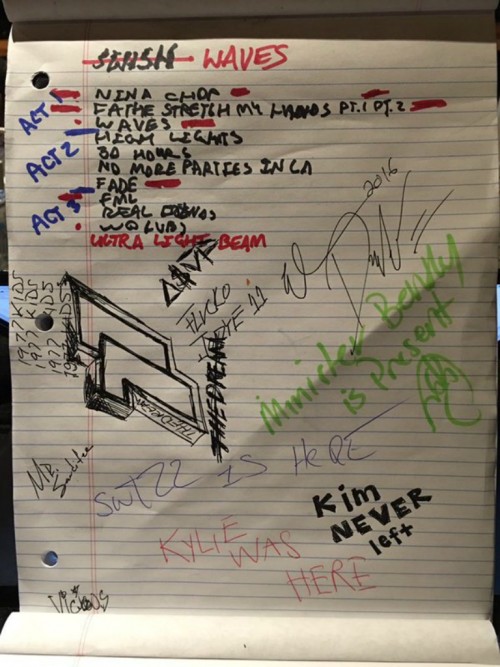 Shortly afterwards Kanye Tweeted a photo of his track list again but this time covered in graffiti and signatures from his loved ones and co-collaborators.

It was revealed on Tuesday that during New York Fashion Week, Kanye plans to debut his album and his new clothing designs, Yeezy Season 3, at Madison Square Garden - one of the biggest event arenas in the world.