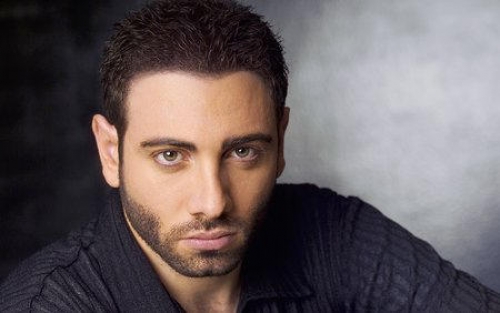 American-Armenian actor Hrach Titizian has appeared on Broadway and at the same time in famous high-rating and award-winning Homeland TV series.  In an interview with NEWS.am STYLE he told about his career, roles and plans for the future.

You have appeared on Broadway and in award-winning films. What do you prefer playing roles in Hollywood movies or appearing on Broadway stage?

I prefer films because the process is much easier. You prepare in advance, show up to the set, do a quick rehearsal, and shoot. Then it’s done for good. With theatre, you rehearse for weeks and weeks until you get to perform. Then you do the same thing over and over again night after nights for months. It gets old. At least for me.

You had a role in Golden Globe-winning Homeland series. Will the third season feature Danny Galvez?

I’m not sure what the third season of Homeland has in store for Danny Galvez. I wish I could tell you, but we’ll find out sooner or later.

Is there any actor whom you can call your teacher?

Every actor I look up to and admire is someone I consider to be a teacher. I learn a lot from those guys.. the greats. I’m talking about Marlon Brando, Daniel Day Lewis, Philip Seymour Hoffman, Jeffrey Wright and others. These are my teachers.

How can a person succeed in Hollywood? What should he/she never do?

Succeeding in Hollywood is simple but not easy. It’s extremely difficult and takes a lot out of you. But it’s not complicated. You just need to love the craft and continue pursuing your passion without letting anyone or any negative thoughts get to you. you need to stay positive and keep at it, no matter what. You need to be ok with being a broke, starving artist, as long as you’re doing what you love. Most people don’t have that in them. People want to be comfortable and live a comfortable life. You should never give up the art for security or comfort. The truth is comfort and art don't go well together. Just do what you love and chances are success will come.. slowly but surely.

I saw your photo where you were wearing “Our Wounds Are Still Open 1915” T-shirt. You seem to stay true to your Armenian roots. Where are your ancestors coming from? Did your Armenian heritage influence your roles? 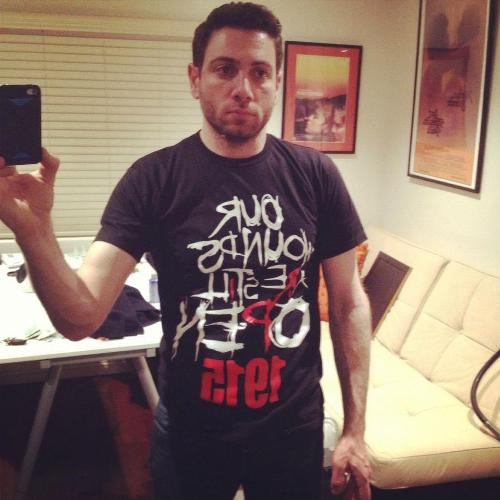 Yes, I am a very proud Armenian. My father is from Lebanon and my mother from Jordan. My grandparents were from Iraq and Syria. But all full blooded Armenian. My heritage didn’t really influence my roles, but I never bothered to change my name or bend over backwards for the business. I am not a prostitute. Prostitutes change their names.

Who do you see yourself in 20 years: a successful producer, a director, a Hollywood star of may be a father of three?

In 20 years I wish to be all of the above. I don’t care about being a star. It doesn’t interest me. I just want to do my work and make a comfortable living while raising a happy, healthy family. Producing/ directing is great. I’ve done both and wouldn’t mind doing more of that, as long as it doesn’t burn me out. Acting is the only thing I can see myself getting burnt out on and still be happy doing.