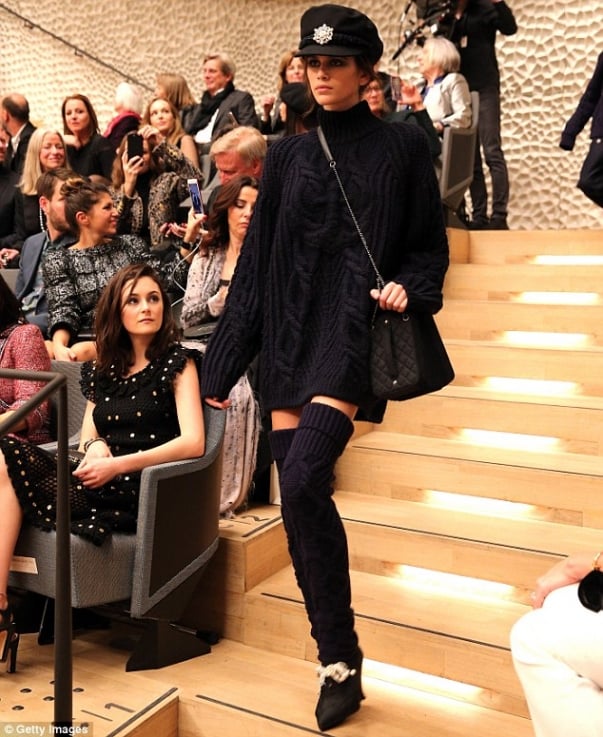 Kaia Gerber partners with fashion icon Karl Lagerfeld for fall campaign to be released in September.

The 16-year-old model - r - collaborated with the famed fashion house for a stunning series which is set to drop in September.

Additionally, Kaia is also featured in the new adverts for the brand's main fall collection.

The young teen - who is the daughter of Cindy Crawford and Rande Gerber - is featured wearing pieces from the new line, which according to WWD.com, are inspired by Karl's love of architecture.

The designer is believed to have shot the images at his 7L studio in Saint-Germain-des-Prés, with styling by Carine Roitfeld. Whilst Kaia has been strutting her stuff for the camera for the brand's fall campaign, the images won't be used for the Karl Lagerfeld x Kaia fashion line which is set to be released later this year, as the house says the collection will have its own separate advertising campaign. Kaia's collaboration with Karl - whom she has previously worked with by walking in two Chanel shows - was first announced at the start of this year.  Pier Paolo Righi, chief executive officer of Karl Lagerfeld, said the brand is excited by the venture. In a statement, Pier said: 'When Karl first told us his idea to collaborate with Kaia, we were all excited by the incredible potential and power of bringing their two worlds together.'  We have been working intensely over the last months with Kaia in LA and at our studio in Paris. It was exciting to see her clear vision, passion and engagement, and the collection will definitely inspire many young women.' The collection will team Karl's Parisian chic with Kaia's West Coast style, with the evening wear having a European influence and daywear inspired by the Californian look. The new range, which will also include jewellery, sunglasses and shoes, will launch through a number of events in Los Angeles, New York and Paris in the autumn.