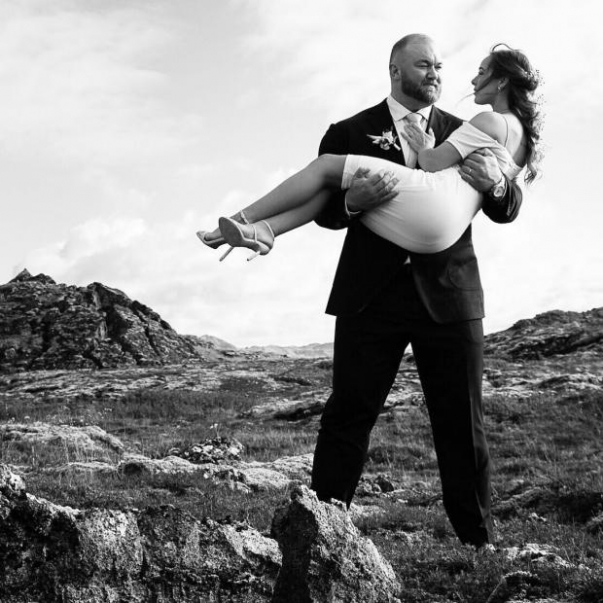 The actor, 29, confirmed the happy news on Instagram on Saturday, treating fans to a black and white photo from his big day.

And clearly on cloud nine from their nuptials, Thor - known as 'The Mountain' on the hit HBO series - was seen gushing about his wife and their future together, as he penned: 'It is with great pleasure that I now get to call Kelsey Morgan Henson my wife!'

The star, who became the World's Strongest Man in July in the Philippines - continued: 'I get to hold this beautiful woman through thick and thin for the rest of our lives! I’m so excited for all of the future adventures we will tackle side by side #justmarried.