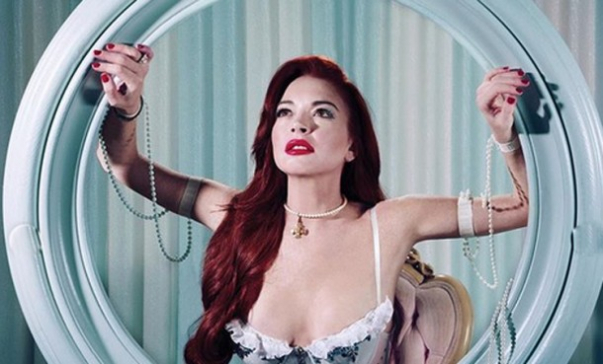 A 32-year-old Lindsay Lohan has demonstrated her new look after a complete rejection of alcohol, drugs and other addictions. She leads a healthy lifestyle and is ready to prove it.

The actress shared a black and white photos in retro style as Lindsay goes completely naked.

Lindsay pulled her very sexiest pout for the camera.

The star surprised the fans with its striking resemblance to Marilyn Monroe.

But some fans expressed dissatisfaction with her naked photo. Two years ago, the actress announced that she converted to Islam. And this religion forbids the demonstration of the naked body. Lindsay is accused of lightheadedness and flirting with the audience.

Lindsay Lohan suffered from alcoholism for a long time, which affected her career. But a year ago, the actress decided to start a new life: she gave up alcohol and took up charity. Now she is the owner of her own beach and hotel.