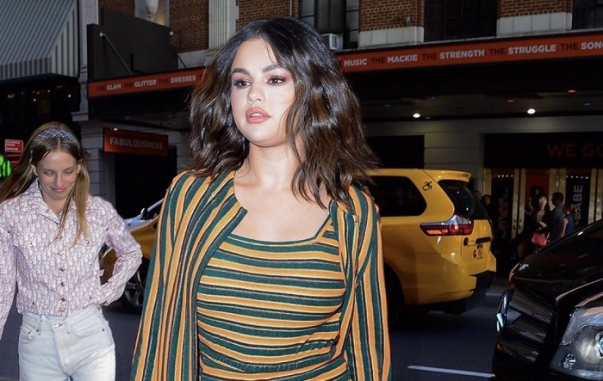 It seems as though Selena Gomez, 26, is back on track after her recovery. She has starred in a new film, shines on the red carpet and was invited to The Tonight Show with Jimmy Fallon. The singer made an appearance in a glittery, colorful dress and black, high-heeled shoes.

During her interview, Selena talked about the release of her new album and said she needed time to feel well and prepare for the release of the album after her recovery.

However, everything didn’t go so smoothly. During the show, Selena Gomez and Jimmy Fallon had to eat spicy chicken wings.

She had announced that she loves spicy food, but after a minute, she regretted saying that. The chicken wings and sauces were so spicy that Selena cried while eating the spicy wings.