Kim is incorrigible after being spotted on photoshop again 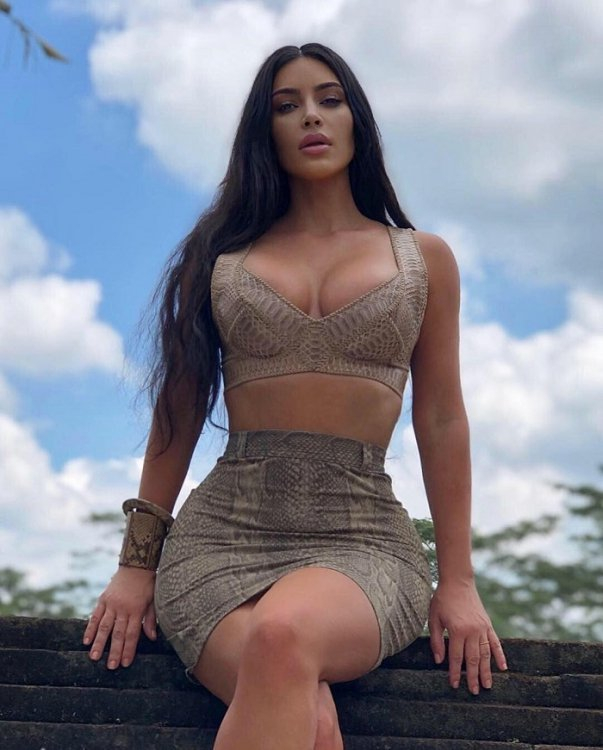 Kim Kardashian has been again criticized for photoshopping her pic. The original photo was revealed by the administrators of the closed account @fakegirlsfvckya, which exposes plastic surgery and photoshop of celebrities. 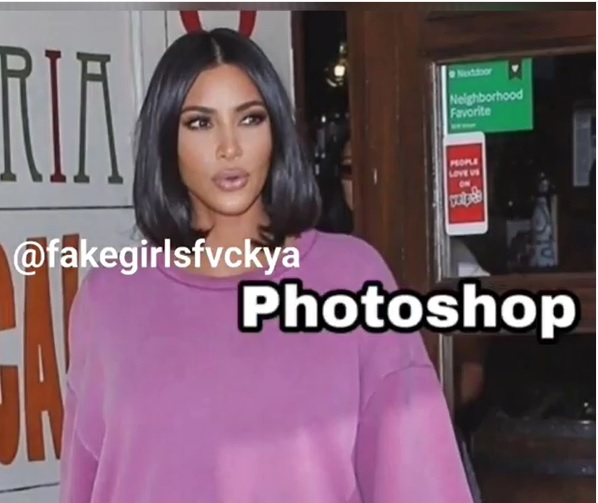 The TV star published a picture where she was captured in a purple dress. The next day, a video-collage appeared from @fakegirlsfvckya comparing the original photo with photoshopped one. 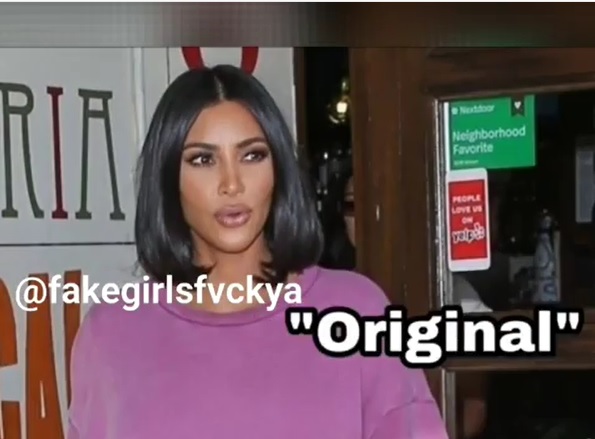 Earlier, the star published a photo from the walk with her husband Kanye West in her Instagram standing in front of her husband in a black satin one-piece jumpsuit. The star retouched her face and hands, changed the shape of her face and make her waist smaller.