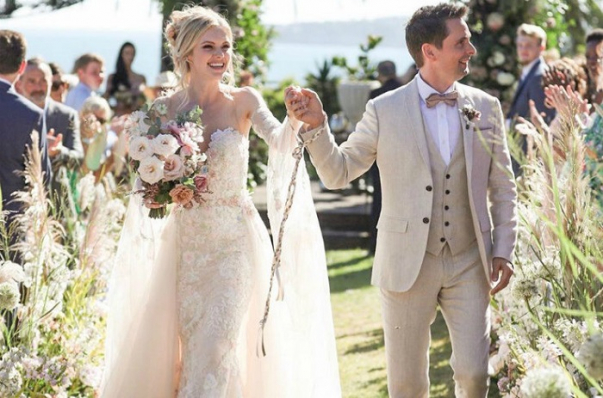 Muse frontman, Matthew Bellamy, 41, and model Elle Evans, 29, had a wedding on the Pacific Ocean to Malibu, Metro reported. 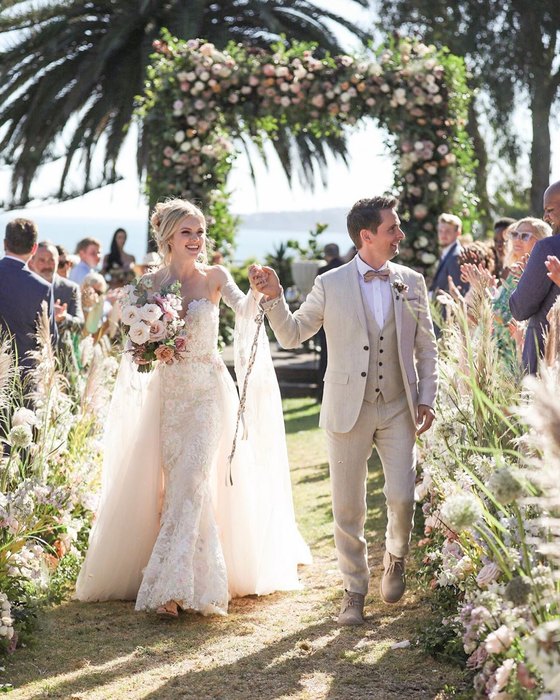 Newly-made spouses shared the first photos of their celebration with fans.

The bride chose a traditional white dress, and the groom preferred a light suit.

The novel of the British musician and the American model became known four years ago. They began dating shortly after the breakup by Bellamy and Kate Hudson. 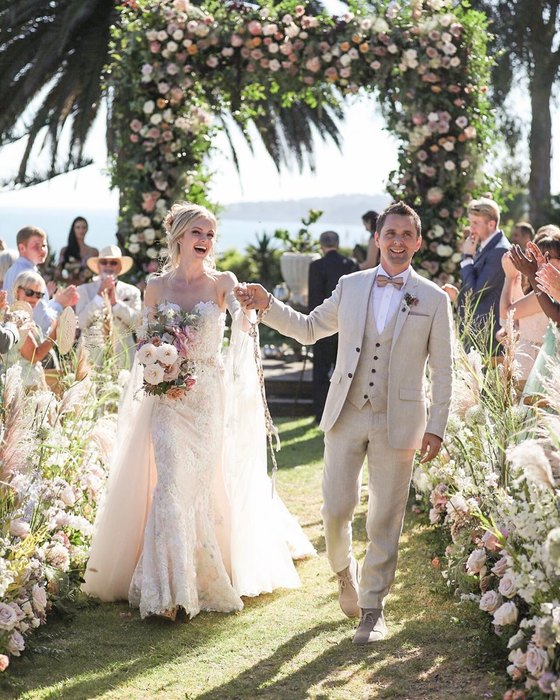 Matthew has a son, Bing, who is now eight years old.