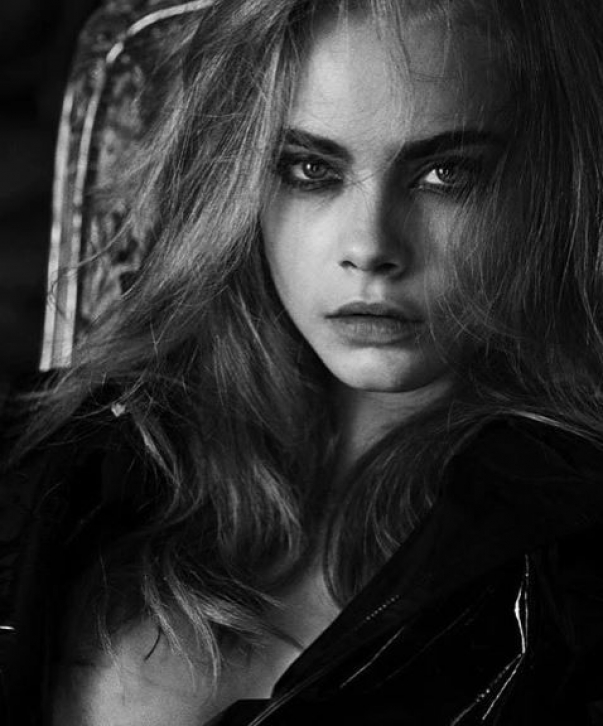 The celebrity took part in a fashion shoot for Marie Claire magazine.

The photo captures top model lying without clothes on a green leather sofa. She has nude makeup. The frame got a new tattoo of Kara with the capital letter "A".  She made her in honor of her lover, 29-year-old actress Ashley Benson.

In an interview, Delevingne spoke about her private live.

According to her, the girls just realized that they want to be together.

The supermodel also spoke about the differences between the sexes.

According to her, the whole idea of gender has long been discredited.

Delevingne said she was very grateful to Ashley as she helped her open het eyes and understand who she is.

In early August, Delevingne and Benson had a secret wedding in Las Vegas.