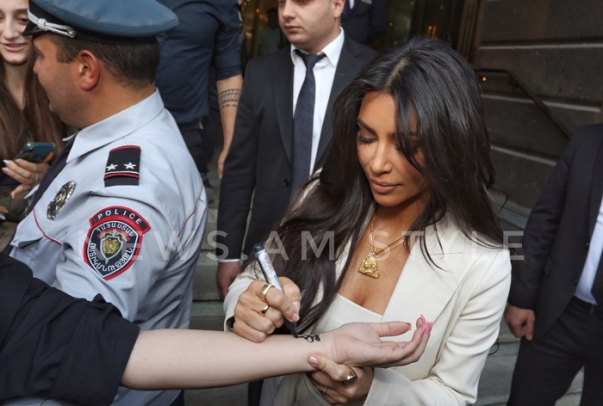 Kim Kardashian caused a stir in Yerevan. It's been two days since a large crowd of fans gather at the hotel where she stayed.

This morning was not an exception. The star left the hotel while not being accompanied by her sister, Kourtney Kardashian and the children. The world-famous Armenian woman was taking photos with her fans and signing signatures. 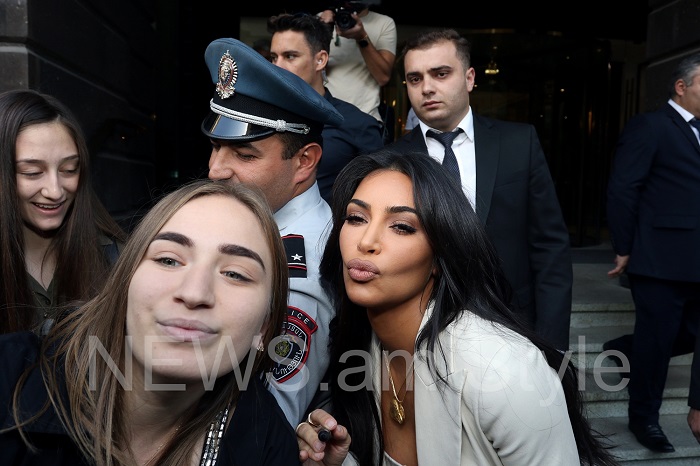 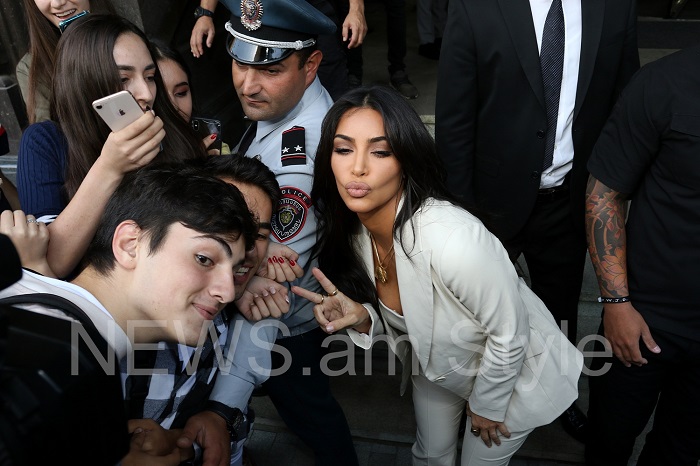 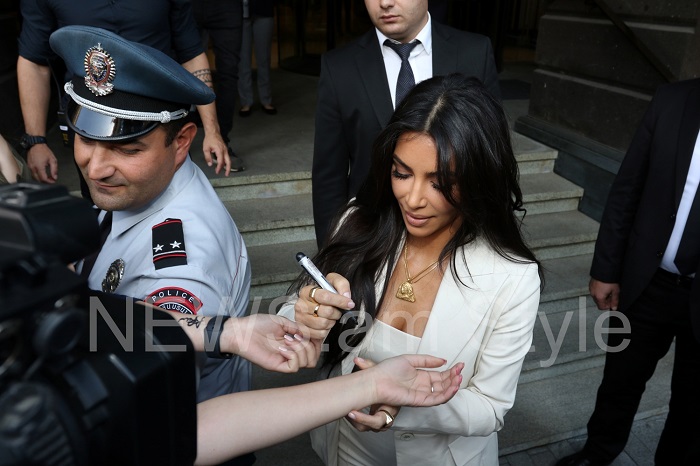 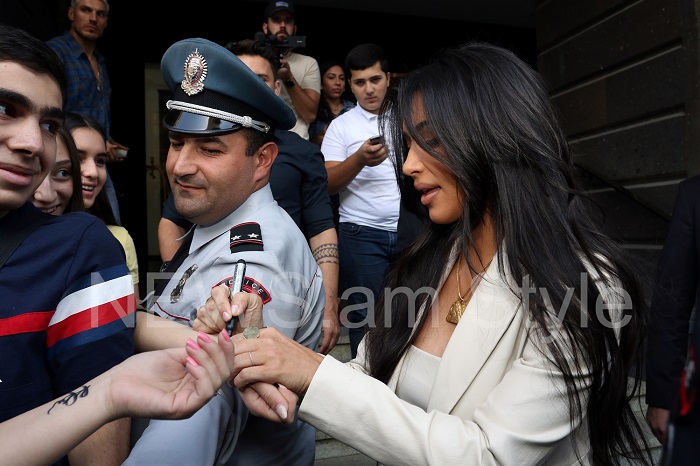 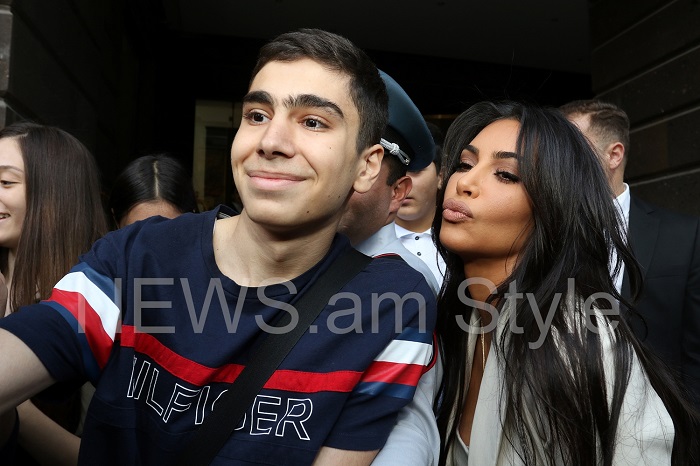 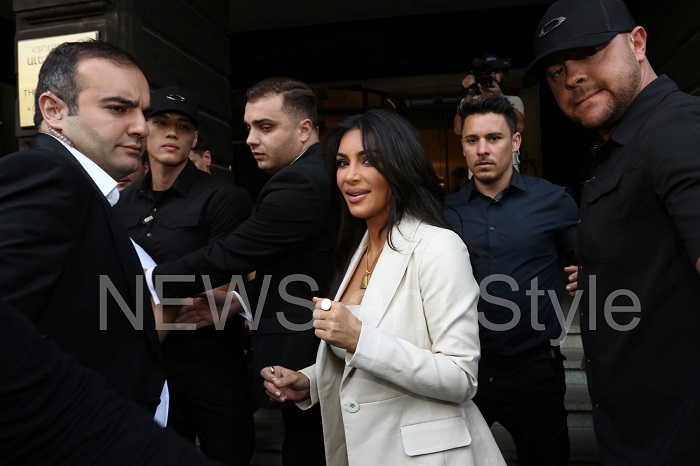 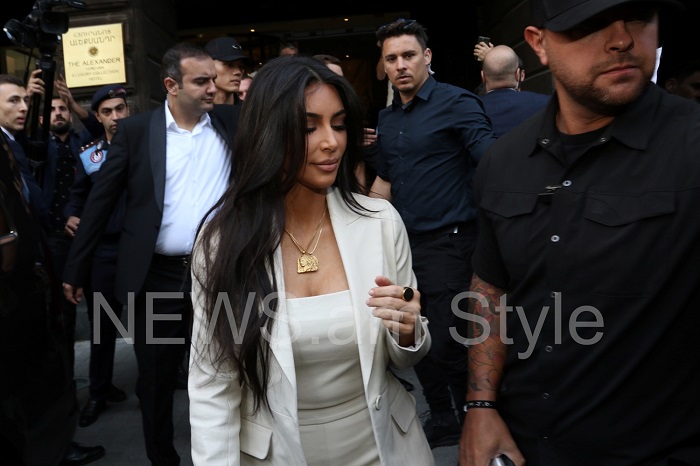 Shortly thereafter, Kim will speak at the WCIT 2019 conference. She has arrived in WCIT in a white suit, and nude style makeup.