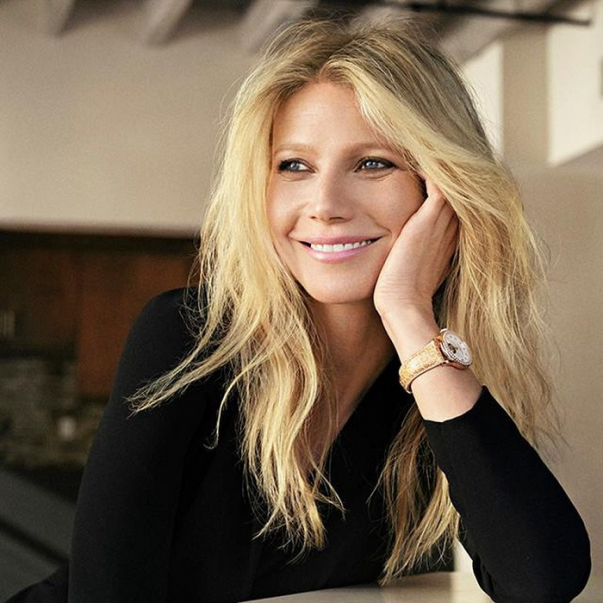 Actress Gwyneth Paltrow is on the cover of the American ELLE Magazine, which was dedicated to women in Hollywood. The star proved that her figure is still slim and seductive. 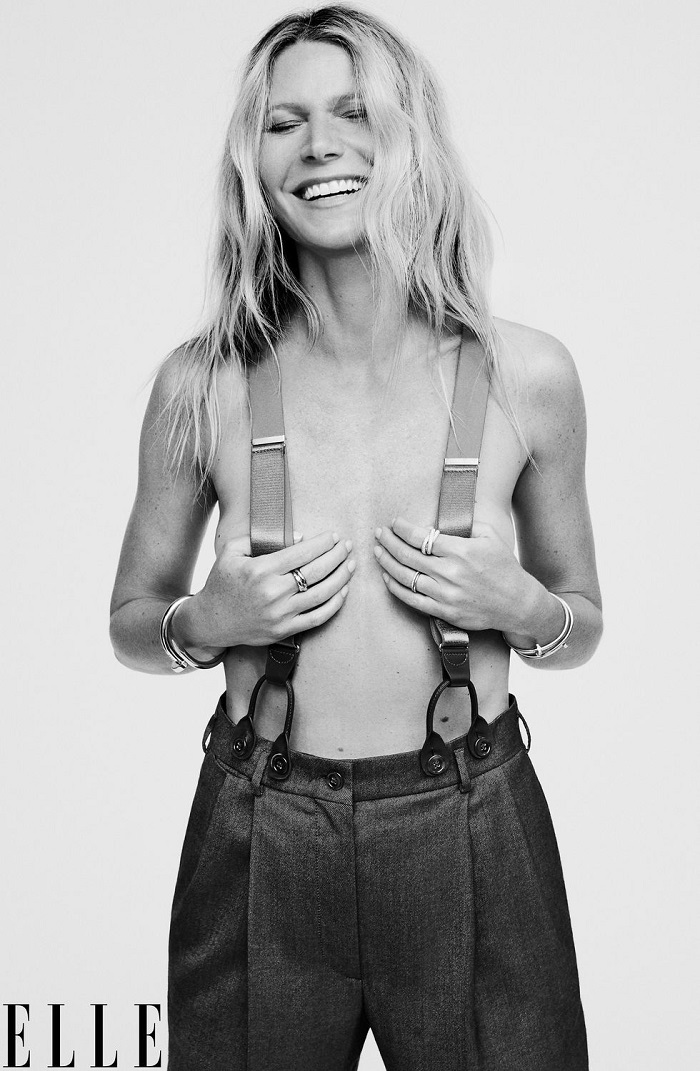 Paltrow chose a bright outfit for the cover: Ralph Lauren red dress, rings and a bracelet for accessories and natural make-up.

Gwyneth was also  captured into a black suit and a purple jacket from Chanel with a massive pearl bracelets.

The actress pleased the audience with a hot black and white photo, for which she posed topless. She appeared in front of the camera in gray trousers with suspenders. The star bashfully covered her bust with a hand and laughed. The shot turned out to be really emotional!

Gwyneth is married to producer Brad Falchuk and has an excellent relationship with her ex-husband, musician Chris Martin, the father of her two children. Recently, ex-lovers had fun together in the company of new chosen ones.