Brad Pitt speaks about rumors of his reunion with Jennifer Aniston 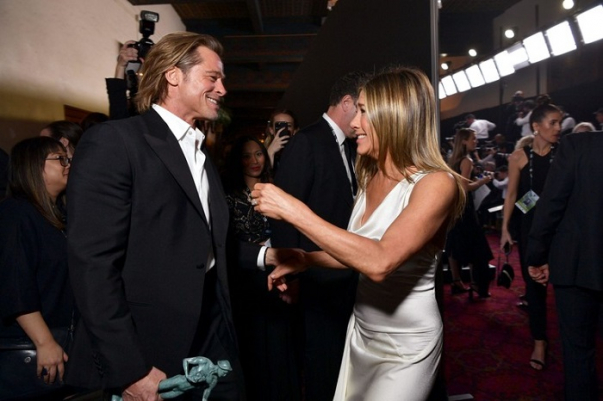 The reconciliation of Hollywood actors Brad Pitt and his ex-wife Jennifer Aniston is being discussed all the week along. So, The Once upon a time in Hollywood star reacted to these rumors, Entertainment Tonight reported.

Information that the couple can resume relations appeared after the Screen Actors Guild Awards. The attention of journalists and fans was attracted by joint photos of Pitt and Aniston.

Insiders claim that Brad is cunning. According to them, he already laughed at the reaction to their joint photos from the US Screen Actors Guild Award.