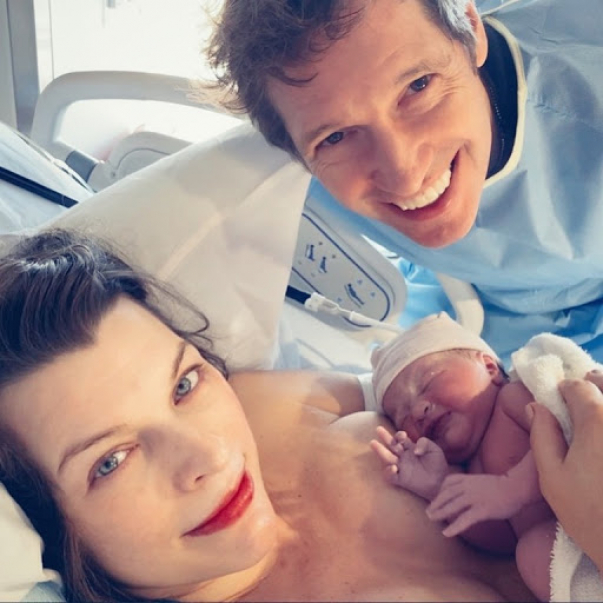 Actress Milla Jovovich, who became a mother for the third time in early February, has revealed about the illness of her newborn daughter. She shared her experiences on Instagram - the child was diagnosed with severe jaundice.

“There’s nothing sweeter than seeing your children loving each other and appreciating their time together. @dashielanderson can’t get enough of “her sweet little baby” and feeds her whenever she can. I’ve had to supplement with expressed breast milk because Osian has a bad case of jaundice that she hasn’t been able to kick, so we’ve been in and out of the hospital all week and they said the more milk she eats the quicker she’ll get them all out. But she falls asleep so quickly breastfeeding that we’ve had to do the bottle feedings so she gets as much as possible. Poor one has so many little scratches on her heels where they’ve taken blood to test her for antibodies, it makes my heart hurt to think about. But hopefully the blood test they did today will show that she’s all better,” she captioned the photo.