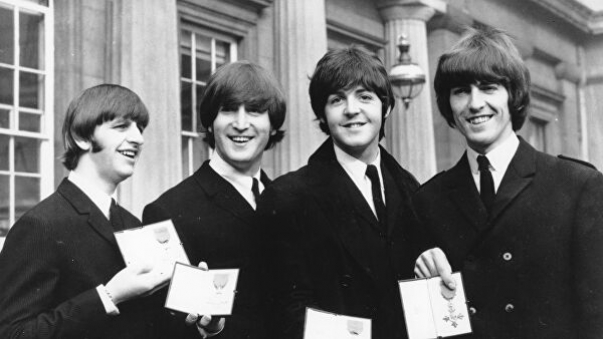 An unheard track by Paul McCartney and Ringo Starr recorded after the Beatles split is heading for auction, The Express and Star reported.

“Angel In Disguise” could be the only song co-written exclusively by the band’s former bassist and drummer, according to auctioneers.

The ex-Beatles recorded the demo for Starr’s 1992 solo album “Time Takes Time,” but it did not make the cut.

He was asked to find artists to record alternative versions of “Angel In Disguise” in the 1990s, after Ringo Starr rejected the track.

The song has never been heard publicly.

The cassette contains two versions of the track – a rough demo with McCartney on vocals and a fuller “mixed” version with musicians and backing vocals and Starr singing.

Another Ringo Starr demo, “Everyone Wins,” which was also shelved but later released on a compilation recording, is also included on the tape.

The tape, with other memorabilia, will go under the hammer at Omega Auctions’ online sale on May 19, with 25% of proceeds donated to the NHS Charities Together Covid-19 Urgent Appeal.