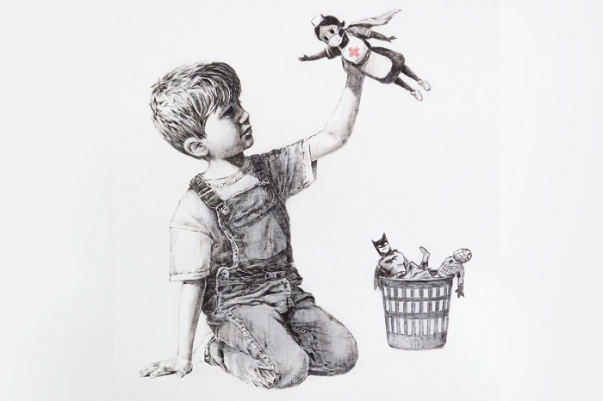 He dedicated it to doctors and medical staff who are struggling during the COVID-19. Graffiti named 'Game Changer' is now on display in a corridor at Southampton general hospital.

The graffiti shows a boy playing with a nurse superhero toy, with figures of Batman and Spider-Man discarded in a bin.

Banksy left a note for healthcare workers: “Thanks for all you’re doing. I hope this brightens the place up a bit, even if it’s only black and white.”

After the end of the self-isolation in the UK, the hospital's management plans to put graffiti on public display. Banksy also said that 'Game Change' will be auctioned off later and the proceeds from the sale will be donated to the National Health Service, The Guardian reported.