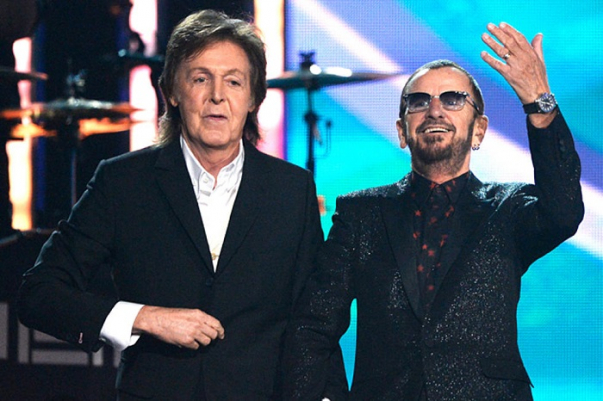 An unheard track by Paul McCartney and Ringo Starr recorded after the Beatles split was sold at an auction by Omega Auctions of the UK.

“Angel In Disguise” could be the only song co-written exclusively by the band’s former bassist and drummer, according to auctioneers.

The ex-Beatles recorded the demo for Starr’s 1992 solo album “Time Takes Time,” but it did not make the cut. The song has never been heard publicly.

Recently, an unknown collector paid £20,000 pounds for it at the online auction. Sir Ringo, 79, and Sir Paul, 77,-year-old have donated a quarter of the proceeds to the fight against COVID-19.