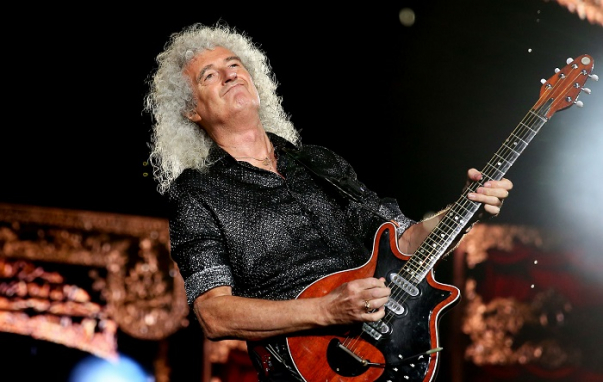 Queen’s Brian May has been named the greatest rock guitarist of all time by readers of Total Guitar magazine, Classic Rock reported.

The magazine had a shortlist of 170 players which they split into six categories: classic rock, blues, heavy metal, shred, indie/alternative, and “best right now.” Fans got to have their say in an online poll, and it was May who came out on top of the rock category.

Reacting to the news, May tells Total Guitar: “I’m absolutely speechless. I’m blown away. I have to say it’s completely unexpected. Obviously I’m deeply touched that people feel that way about me. I’m not under any illusions that, technically, I’m even on the tree of great guitarists.

“I guess this tells me that what I’ve done has affected people, and that means a great deal to me. I will never claim to be a great guitarist in the sense of, you know, a virtuoso. I guess I just try to play from my heart and that’s about it.”