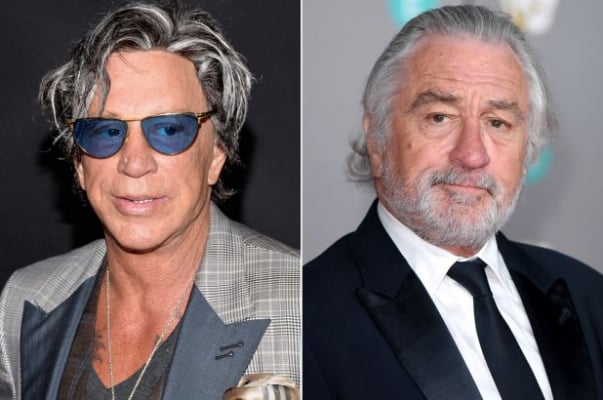 "Hey Robert De Niro, that’s right i am talking to you, you big (expletive) crybaby," Rourke wrote in his Instagram. "A friend of mine just recently told me that a few months back you’re quoted as saying to newspapers “Mickey Rourke’s a liar he talks all kind of shit”. Listen Mr.Tough Guy in the movies, you’re the 1st person that ever called me a liar and it was in a newspaper. Let me tell you something, you punk ass, when i see you i swear to God on my Grandmother, on my brother and all my dogs,i gonna embarrass you severely 100%. Mickey Rourke “ as God is my witness”

Rourke has shared the incendiary words along with a movie photo of De Niro smoking a cigarette. The two starred together in the 'Angel Heart.'