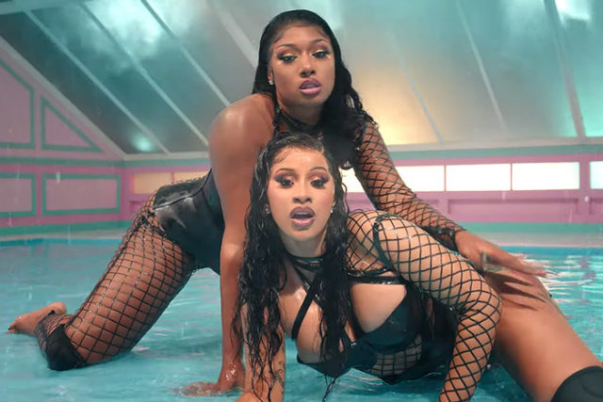 A petition appeared on the Change.org website demanding that all scenes with Kylie be removed or the video removed altogether.

After that, Cardi B tweeted posts in support of Kylie. In several tweets, Cardi explained why Jenner received her cameo.

'Why did I put Kylie on my music video? She treated my sister [Hennessy] and daughter [Kulture] so lovely at her kid [Stormi's] bday party,' wrote the 27-year-old rapper in a since deleted tweet.

She added that Kylie's baby daddy Travis Scott, 29, and her husband Offset, 28, 'are real close' and Kylie's mom Kris Jenner '[has] been giving [her] advice on certain things [she] ask for.'