“Filmmaking is The Best Way to Express Myself,” An Interview with Producer Anastasia Mikhaylova 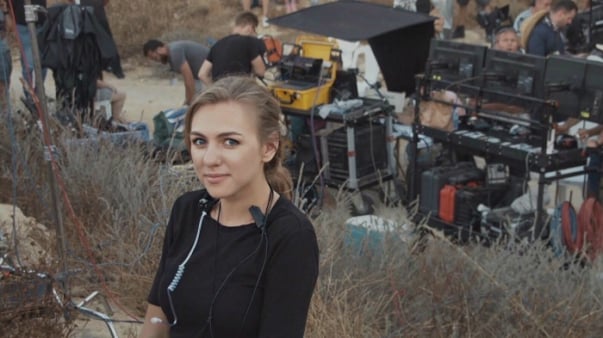 The year of 2020 has dismissed fears about a shortage of new TV shows and movies as filming grinds to a halt during the coronavirus pandemic. We had the opportunity of talking to Anastasia Mikhaylova, a young producer who worked on such movies as “Jiu Jitsu” with Nicolas Cage & Frank Frillo, “Blue Ribbons”, “How To Get a Boyfriend” that won multiple awards and many more. Anastasia talks about her career path, challenges and future projects.

Having grown up in Russia, how did you get into the industry?

Since I was little, I was always inspired by going to movie theaters. It was my favorite thing to do, so I would often create short videos for special occasions like birthdays or New Years. I always had a bunch of ideas that I wanted to turn into a film. As I developed my storytelling skills, I decided to learn filmmaking at a professional level and pursuing a career in that industry. After getting my Bachelor’s degree, I started getting a lot of offers from different directors.

Was there a particular event or time that you recognized that filmmaking is your way of telling stories?

I can't remember if there was a particular event but many times, I had hard time delivering my message through words. It is hard to explain what I mean exactly but I will l try; some of the films that I have written and produced were created in order to express what I feel. That was an easier way for me to deliver a message to the audience. That is when I realized that filmmaking is the best way for me to tell the story. And I generally enjoy every part of the filmmaking process. 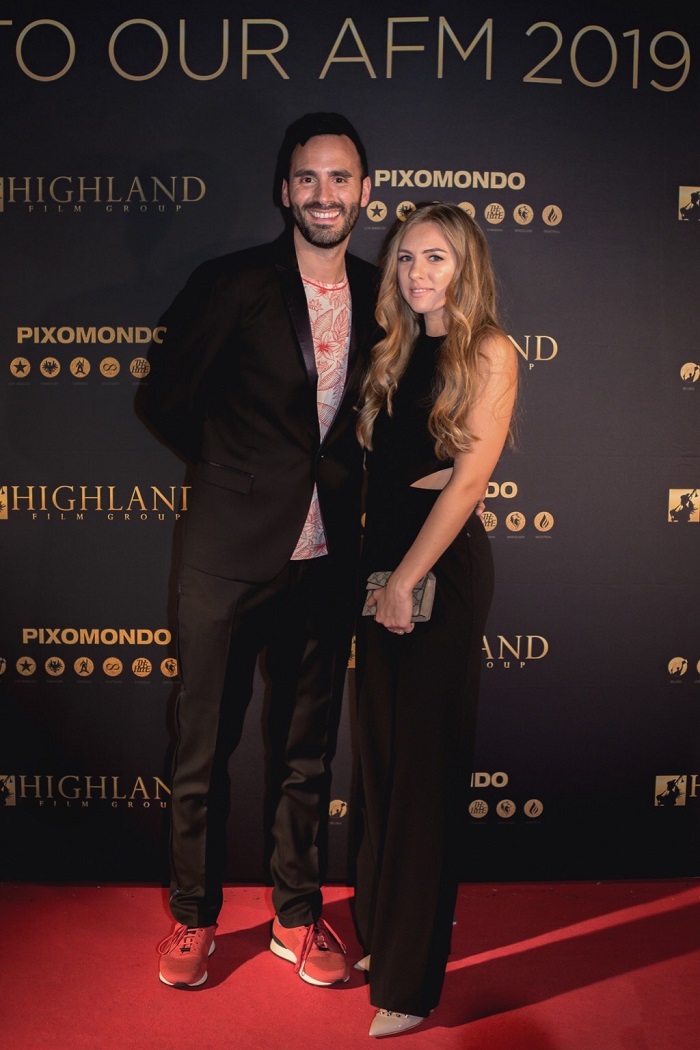 What’s the most challenging thing about being a young Producer and traveling around the world?

When you produce any kind of film, you are at a big risk that the audience might not get your idea or not like the story. In this industry everything is very subjective and some people don't like what you create, however, sometimes you end up with a movie that everyone is in love with. The most challenging part is to come up with something that people would like. Traveling around the world in general is another challenge because the film production process is different in different countries. When you produce a movie in another country, you have to adjust the process and do things differently. Some countries don't have the right equipment, some – have some location restrictions to film and so on.

Do you think that being in the industry at such a young age, would change the way you think?

Being a producer has a lot of responsibilities; you keep many things in control and always have to come up with a solution when there is an issue. I had to get mature at an early age as I was getting a lot of job offers in film. A lot of people think I am older than I actually am. I guess that’s because I was brave enough to take big roles in the industry. A lot of people of my age don't know what they want to do in their life, however, I made this decision a long time ago and I am already doing what I like to do the most. 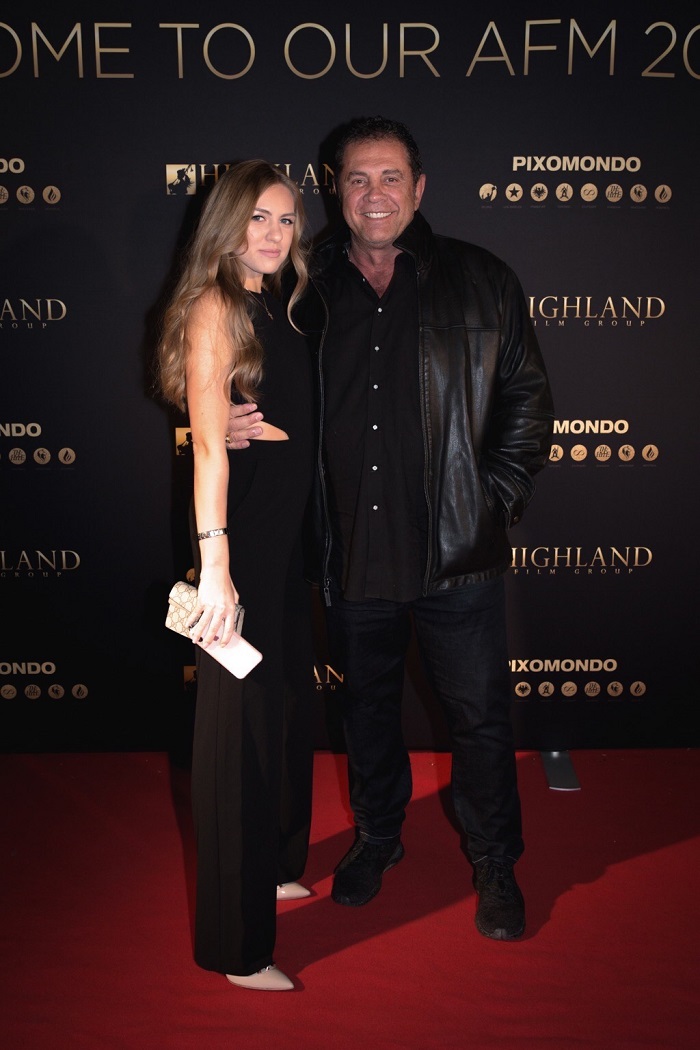 What are the main things you have learnt while working in the entertainment industry?

There is two things that I’ve learned from working in the entertainment industry. First of all, a film is not getting made without having a good producer. The producer is usually one of the first people who will get involved with a film production and ultimately is one of the most important as well. We put the whole team together, so we can alive the story.

Secondly, it is all about who you know. My whole life I was trying to get as many connections as possible. It’s always nice to work with talented people especially when they’re your friends. I have made many films with my friends and most of them got nominated at some big festivals such as Independent Short Film Festival, Pomegranate Film Festival and Utah Film Festival and Awards.

What was the hardest artistic choice you made in the making of a film, at any stage in production?

A couple of years ago, I was working on a movie called “B2” and right before we started shooting, we lost the main actor. This was a big problem because he was supposed to be on set every day. Last minute I was able to find someone who was able to take over the role and everything worked out perfectly. In film industry, you should always be ready to lose crew and cast last minute and you should always have a Plan B when this happens.

Who would you most like to collaborate with and why?

There is a lot of directors who inspire me that I’d love to work with. Although, I make decisions based on the story. If I like the story, I get interested and jump right into it. Some of my favorite directors are Quentin Tarantino and Wes Anderson. I like their artistic choices and visual storytelling.

What has been your most inspiring travel experience?

The most inspiring one was my trip to Cyprus, in 2019. I was working on “Jiu Jitsu” film with Nicolas Cage, Frank Grillo and Tony Jaa. It was a lot of fun and it is always inspiring to work with such talented people who really get into their characters. We had all the possible issues on set that you can think of (laughing). But we were able to resolve all of them and I’m glad the movie is coming out soon. 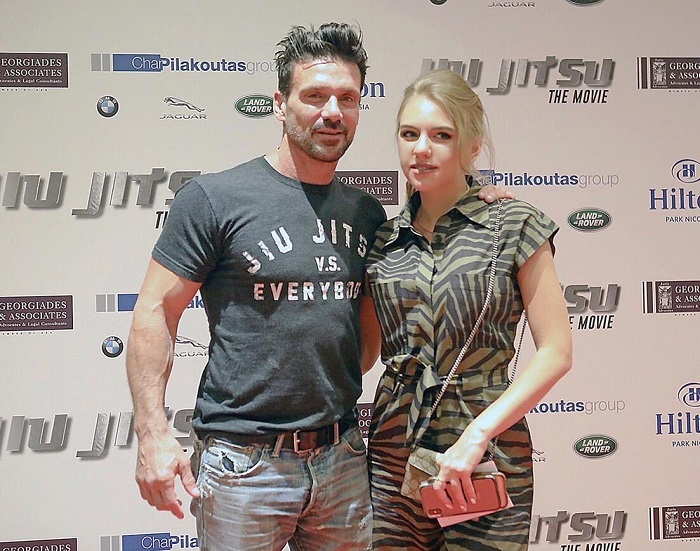 I know that you will be working on “Man of War” – which would possibly be shoot in Cyprus. How do you feel that you are coming on the island of Aphrodite for a second time? What can you reveal for this project?

I am so happy we are coming back. First of all, since it is not our first time shooting there, we know how things work in Cyprus and what to avoid. I personally love working with Cypriots, they are such hard workers. Cyprus is a beautiful island and it is inspiring to work there. Unfortunately, there is not much I can reveal about the project yet because we are just starting to put everything together. But it will be an amazing movie and I can't wait to work with some amazingly talented people.

What’s the dream place to film a movie?

Since I was young, I was always in love with Europe: Paris, Rome, London etc. I love the ancient cities and places that have incredible history. These are some of my dream places to film. I love films about history and I’ll definitely one day make one. Another place where I would love to shoot is, of course, Armenia. Armenia is one of the most ancient countries in the world, full of rich history and beautiful landscapes. It would be very exciting to go over there and shoot a beautiful movie there that will give you a virtual dose of nature.

If you had an unlimited budget at your disposal, what would be your dream production project?

I know people are in love with action and VFX heavy films such as Star Wars, Avatar and Avengers. Nowadays, it’s hard to sell a drama or a romance film. However, as I’ve mentioned before I love historical films or any kind of films that are based on a true story and I’m really interested in educating people this way. If I had an unlimited budget, I’d create movies about World War I & II, Revolutions & Crises in different countries, social & gender inequalities etc. I think the new generation is not aware of what had happened in the past and films would probably be the best way to teach them. I’ll be honest, I am not a much of a reader, however I constantly watch documentaries and historical films to educate myself. And that’s what I’d probably do, if I had an unlimited budget. 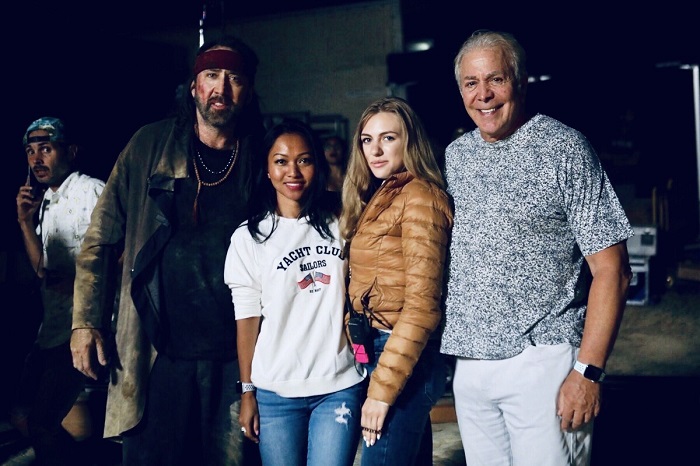 How has COVID affected the film industry?

COVID-19 has upended the global film industry, halting film production and closing cinemas. A lot of productions were shot down at the beginning of 2020 and they’re just slowly coming back to finish what they have started before COVID. That is the biggest challenge all the filmmakers are facing right now. The world is running out of product because the entire business shut down all over the world. At this point, you need to figure out where it is safe to make movies and how to make movies for less money. Countries keep releasing new film guidelines that keep changing as the pandemic outbreak progresses. There are just a few countries where it is safe to shoot because they don't have huge outbreaks. The two safest countries, for now, are Cyprus and Singapore.