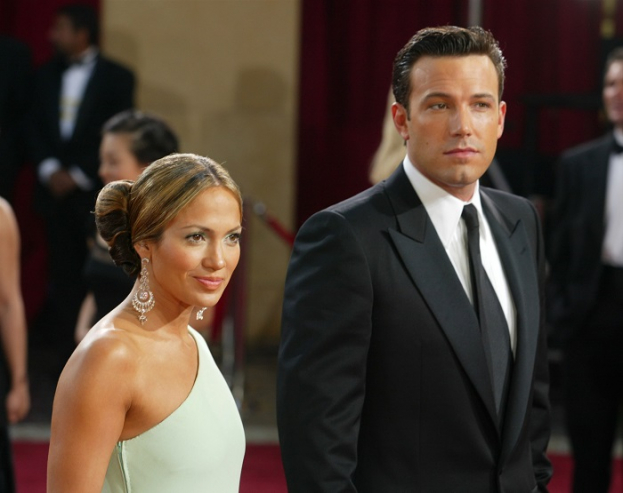 Her television appearance was associated with the re-release of Love Make the World Go Round in honor of the fifth anniversary of the Pulse nightclub tragedy in Orlando, host Hoda Kotb mentioned the changes she noticed in Lopez.

"You look happier," she told Lopez. "Look, I just have to tell you, every time I see a picture of you and Ben, I'm like, 'She looks happier, she looks happier.' Are we happier?"

.@hodakotb catches up with @JLo and @Lin_Manuel, who are re-releasing their charity single “Love Make the World” to mark the five-year anniversary of the Pulse nightclub shooting. pic.twitter.com/2s971yOSl2

And while Lopez agreed that she's "happy," she did no direct mention of Affleck. "The song is out five years, five years since we've done it," she told Kotb. "And I believe that that message of loving one another and coming together and love is never more relevant than it is right now."

Lopez and Affleck, who split in 2004 after breaking off their engagement, sparked rumors of a reunion in May after a romantic getaway in Montana. Since then, the 51-year-old singer and the 48-year-old actor have seemingly been inseparable and occasionally show feelings in public. In addition to spending time with each other's families, Ben helped the singer find a home in the Los Angeles area.