How Kate Middleton and Prince William prepare their son to become king? 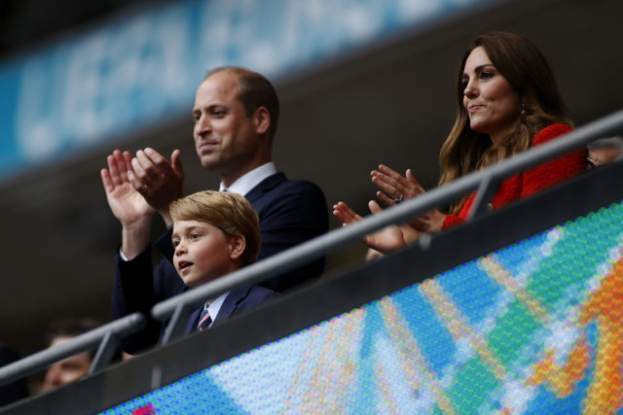 The eldest son of the Dukes of Cambridge, Prince George is already preparing for the fact that sooner or later he will take the royal throne. The rules of royal etiquette are taught to him by his parents - Prince William and Kate Middleton.

Now the Queen's great-grandson is the third in the line of succession to the throne. The Dukes of Cambridge informed him of this when the boy was 7. He follows his grandfather, Prince Charles, and his father, Prince William.

William tried to delay telling George about the greatness of things to come. He wants to gradually reveal his future to his son so that he has a relatively normal childhood, wrote the royal writer Robert Lacey in the book.

Prince George recently joined his parents at the Euro 2020 matches. At this age, the young prince is already obliged to attend major events. According to royal tradition, he must still wear shorts, however the boy insisted on wearing a suit and tie.

According to the royal source, Prince William is trying to teach his son to be confident. This rather discreet and gradual approach has worked so well with his marriage to Kate. Now they both agreed to the same route to transform their eldest son from a cheerful little boy into an equally happy future king.