Did you know? The Expendables: 11 interesting facts about movie 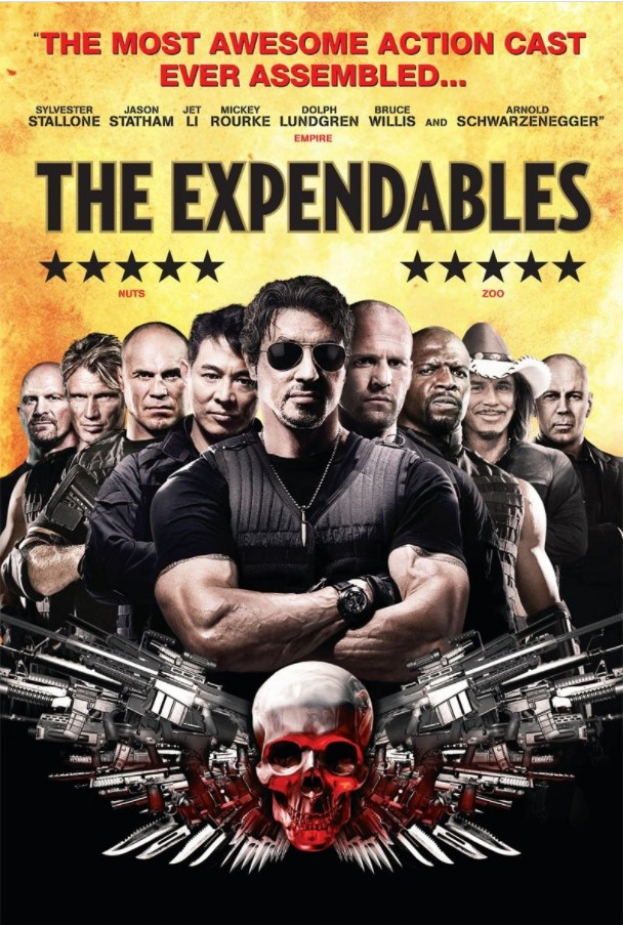 1.Jean-Claude Van Damme was invited to play the role, but refused, saying that his character is absolutely meaningless.

2.Wesley Snipes was invited to play the role of Hale Caesar, but could not accept the offer due to tax problems. He was banned from leaving the United States without a court order. As a result, Sylvester Stallone decided to take on the role of former NFL player Terry Crews. 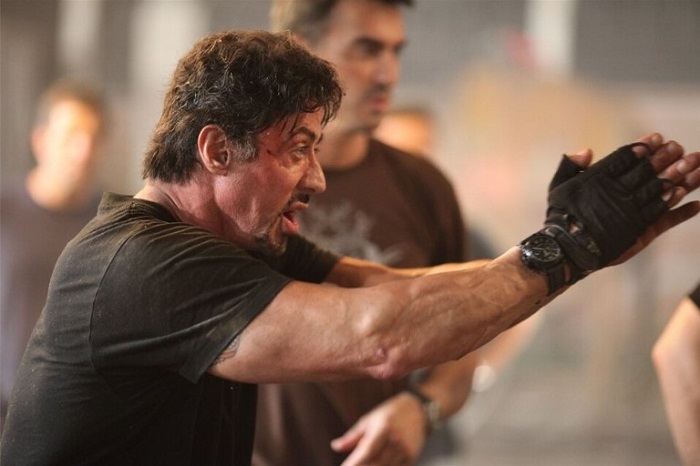 3.The original budget of the film was $ 60 million but increased to $ 82 million.

4.The director and actor of the film Sylvester Stallone suffered 14 injuries while making the film. Among them were a broken tooth, a torn ankle, and a microcrack in the neck area. He also had bronchitis.

5.Steven Seagal was offered to play a cameo role in the film, but he refused due to a bad relationship with producer Ave Lerner.

6.The company "West Coast Customs" made three 1955 Ford F100s for the film. One for the crash scene, the second for the green screen, the third for Stallone. 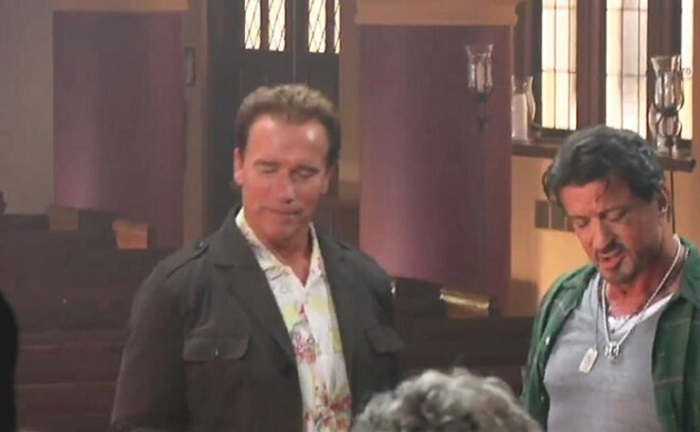 7.It was very difficult to choose a person for the role of Mr. Church, who hired the "Expendables". Initially, this role was offered to Arnold Schwarzenegger, but he refused because of his political activities and agreed only to a cameo role. The role was offered to Kurt Russell, who also declined. As a result, the role was taken by Bruce Willis.

8.According to Sylvester Stallone, the plot of the film is based on the story of Manuel Noriega, the former military dictator of Panama, who had corrupt ties with the CIA and was associated with drugs.

9.Mickey Rourke said that he starred in the film to do a favor to Stallone, who years earlier when Rourke was in a career decline, offered him the main role in "Remove Carter" and himself paid part of Rourke's salary. 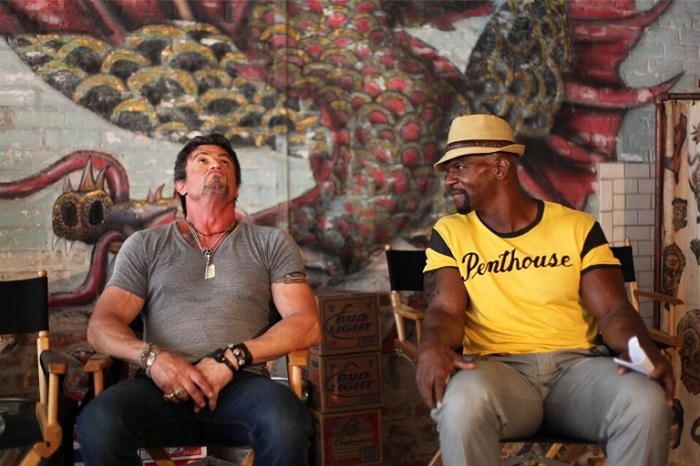 10.On October 24, 2009, Sylvester Stallone starred for the first time in a scene with Arnold Schwarzenegger and Bruce Willis. The scene, which took six hours to shoot, became the basis of the storyline. In the same scene, Schwarzenegger's character says that Mr. Church (Willis) should be given a job to Ross (Stallone) because he "likes to run through the jungle," alluding to the Rambo franchise.

11.Sylvester Stallone said that in the final battle, Steve Austin almost lost his leg, due to an explosion that took place next to her. He was saved by the bag he was holding, it took most of the explosion. You can see how this happened at 1: 24: 05 in the movie.