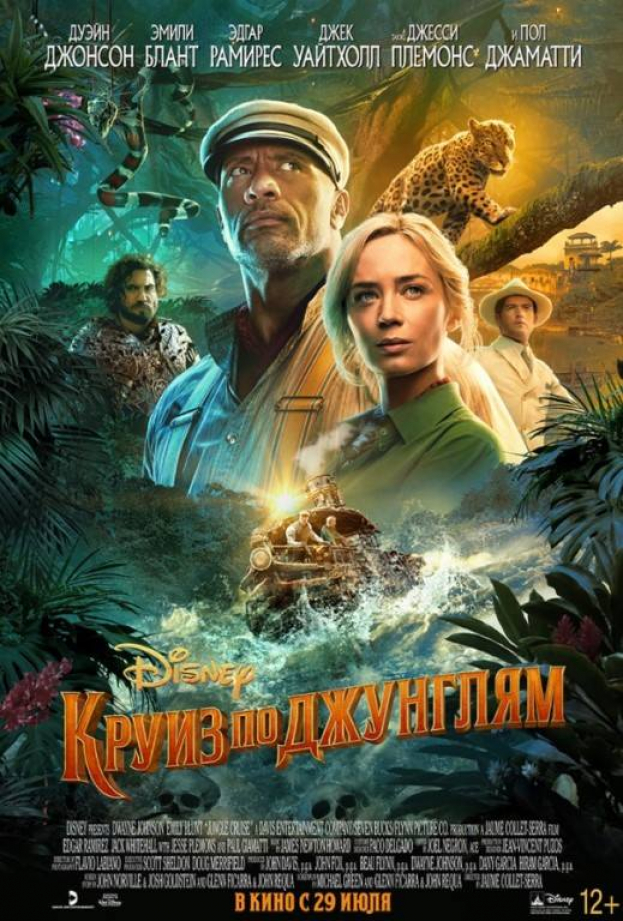 The Disney Company continues to screen films with a reference to its attractions from Disneyland. The previous such experience was the world-famous mega-hit "Pirates of the Caribbean".

And so the studio bosses decided that they would do the same as the previous time.

Plot: a classic adventure. In the main role - an actor with charisma. And, of course, the love line. who could do without it?

"Jungle Cruise", of course, is not equal to the same "Pirates of the Caribbean" - and not close. But he copes with his task very well.

The film has a good script, good special effects that emphasize the beauty of flora and fauna.

But the picture was not lucky with the musical accompaniment: it is not remembered at all. It's a pity. Music could bring color to the film.

The main disadvantage is, perhaps, the director himself-Jaume Collet-Serra. Judging by the filmography, he is more a master of thrillers and action films, but not in comedy. That's why it seems that the plot is sagging in the film, and jokes often do not work.

Despite the disadvantages, there are also positive aspects to the" Jungle Cruise". These include the cast as a whole.

Dwayne "The Rock" Johnson is charismatic as always. The impression that he is able to pull out any movie only on his charisma alone.

Emily Blunt is very good: her character causes only positive emotions and admiration from the way she plausibly plays the role.

However, the love line of these two main characters turned out to be incomprehensible. More precisely, none at all.

In short, we have a good adventure comedy, which, although its sins with a lot of cliches and borrowings, the film in this genre still turned out to be quite worthy and can cheer the viewer in the cinema.