What Jennifer Lopez selected as present to Ben Affleck's daughters? 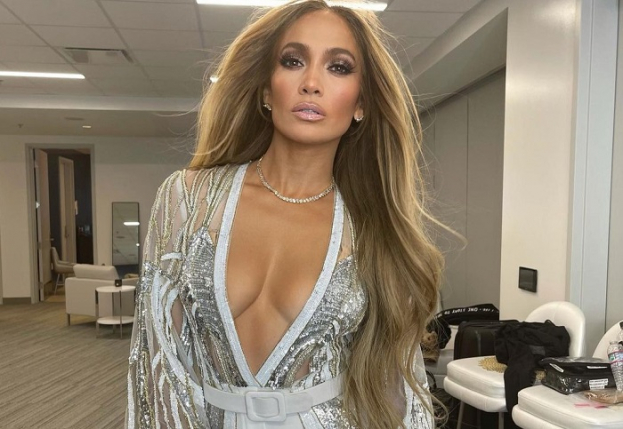 Ahead of Ben Affleck's 49th birthday celebration, Jennifer Lopez was spotted picking up gifts for his daughters Violet and Seraphina, PEOPLE reported.

Lopez has been enjoying some blended family time with beau Ben Affleck.

The two-time Grammy Award nominee, 52, attended an event with her 13-year-old daughter Emme at producer Jennifer Klein's house on Sunday where Lopez was spotted picking up some jewelry for Affleck's daughters.

"When she stopped by the Made by Mary jewelry station, she and Emme picked out several 'birth flower necklaces,' including two for Ben's daughters," a guest tells PEOPLE, noting that Lopez said she planned to gift them to Violet, 15½, and Seraphina, 12½, on Sunday night at Affleck's 49th birthday gathering.

Lopez was also accompanied by close friend and Hustlers producer Elaine Goldsmith-Thomas for Klein's annual "Day of Indulgence." The event was attended by Diane Warren and Laverne Cox, who raved about how "beautiful" Lopez looked in her recent vacation photos with Affleck. "J.Lo had a huge smile on her face at that," the party guest adds.

The couple, who recently vacationed in St. Tropez for Lopez's birthday, has been getting to know each other's kids as Lopez plots a move from Miami to Los Angeles, where Affleck is based. An insider previously told PEOPLE that Emme and Max are "onboard with starting fresh in Los Angeles."

"They are slowly getting to know Ben," the source added. "Everything seems to be running smoothly. It's very obvious that Jennifer is serious about Ben. She hasn't looked this happy for a long time."

Following their respective splits from Alex Rodriguez, 45, and Ana de Armas, 33, Lopez and Affleck rekindled their romance in late April. They originally began dating in July 2002 after meeting on the set of their movie Gigli. They got engaged that November before postponing their September 2003 wedding just days before the original date, and ultimately called off their engagement in January 2004.

A source told PEOPLE in May that their relationship is different this time around. "Time has passed, and they are each in a different place with children," the insider said.