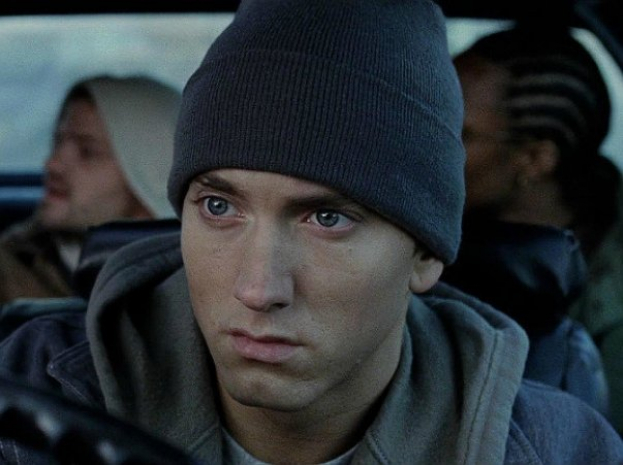 The name of the restaurant has a history dating back to 2002 as a rather unappetizing reference in Eminem's Oscar-winning "8 Mile" theme "Lose Yourself" about a nausea attack before a rap battle.

A large queue of Eminem fans had formed a few hours before the opening of the restaurant.

And when the restaurant started working, the hip-hop artist himself approached the order window.

He personally served the first customers.

His presence there was a surprise for the fans, as this was not announced earlier