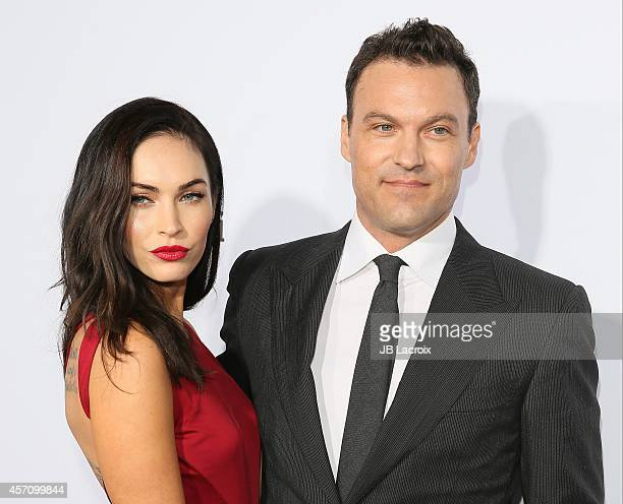 Megan filed to separate from the Beverly Hills, 90210 actor in November 2020, after they tied the knot in 2010. At the time, she cited irreconcilable differences and requested joint legal and physical custody of their children: Noah, 9, Bodhi, 7, and Journey, 5.

Of course, Megan and Brian didn't let their unfinalized divorce stop them from moving on in their new relationships. Brian went public with Dancing With the Stars pro Sharna Burgess more than 10 months ago.

Megan has been dating Machine Gun Kelly for several months following their meet cute on the set of Midnight in the Switchgrass.