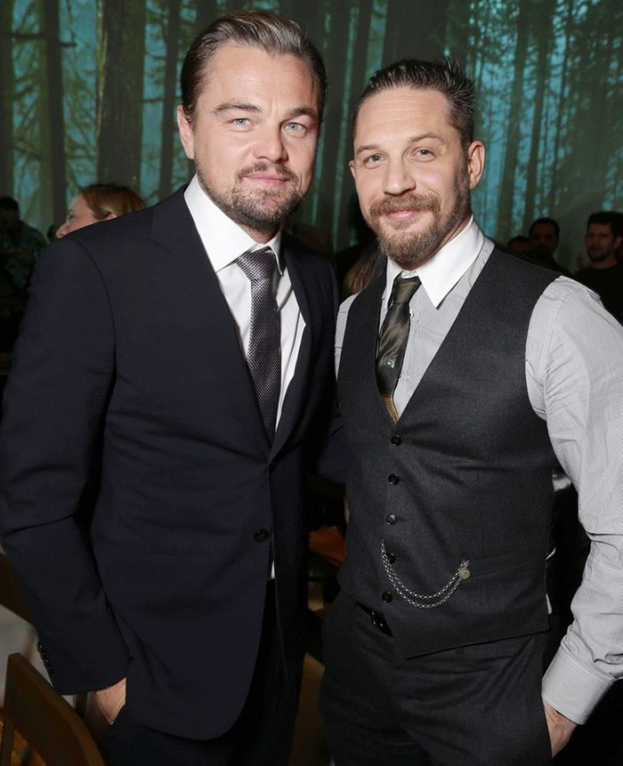 In an interview, Tom Hardy told how he had lost a bet to his The Revenant co-star, Leonardo DiCaprio, and therefore had to carry out his friend's strange wish.

DiCaprio had predicted that Hardy’s performance in the film would earn him an Oscar nomination, but Hardy didn’t believe him.

So DiCaprio placed a bet: If Hardy got a nominated, he would have to tattoo the words “Leo knows all” on his body. 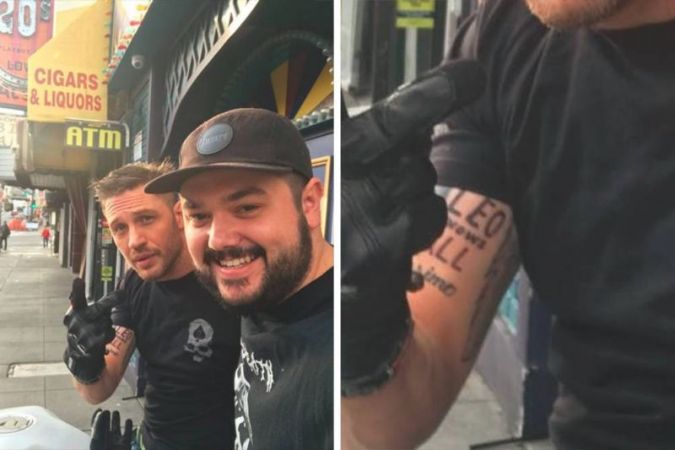 And when both lead actors were rewarded with nominations at the 2016 Academy Awards, Hardy was forced to follow through on the bet.

The tattoo, which Hardy evidently had inked on his bicep, is reportedly written in DiCaprio’s own handwriting.

Hardy first mentioned the bet in a 2016 Esquire article. “He wrote, in this really s—-y handwriting: ‘Leo knows everything,’” said Hardy. “Ha! I was like, ‘OK, I’ll get it done, but you have to write it properly.’”