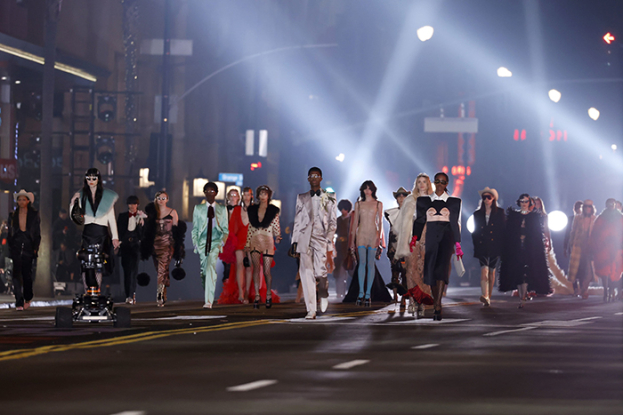 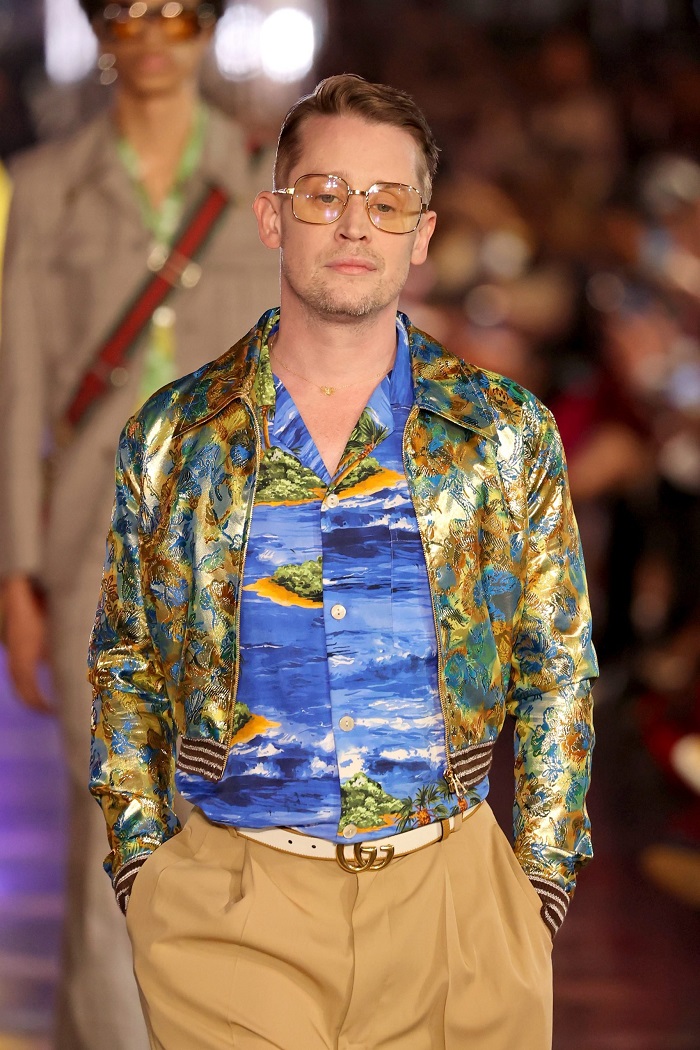 Jared Leto also made an entrance as a runway model. 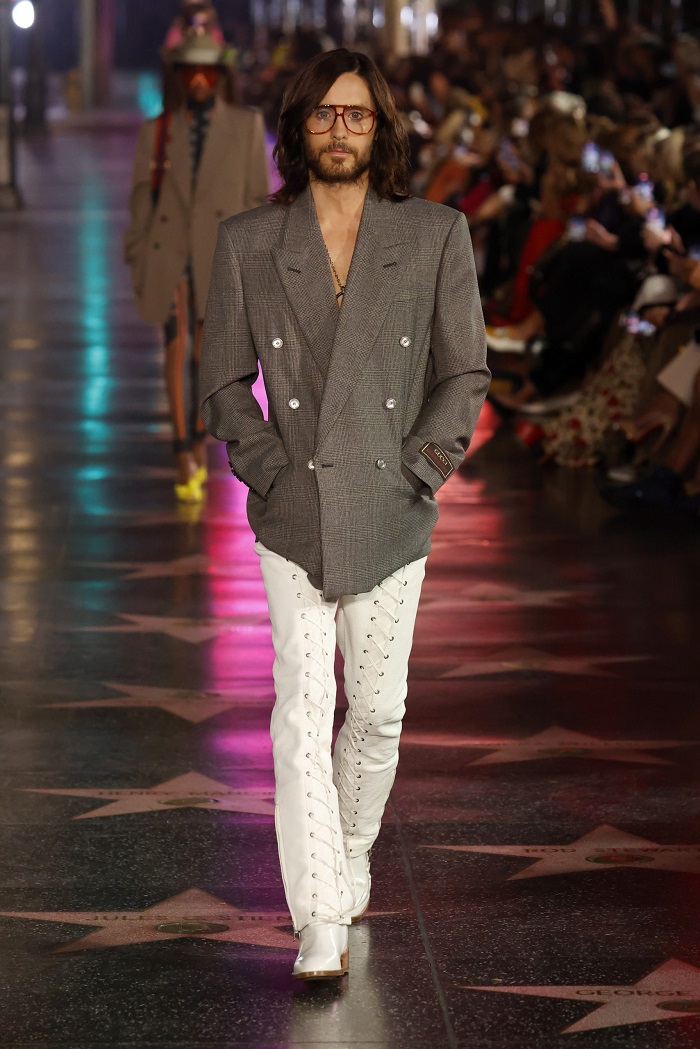 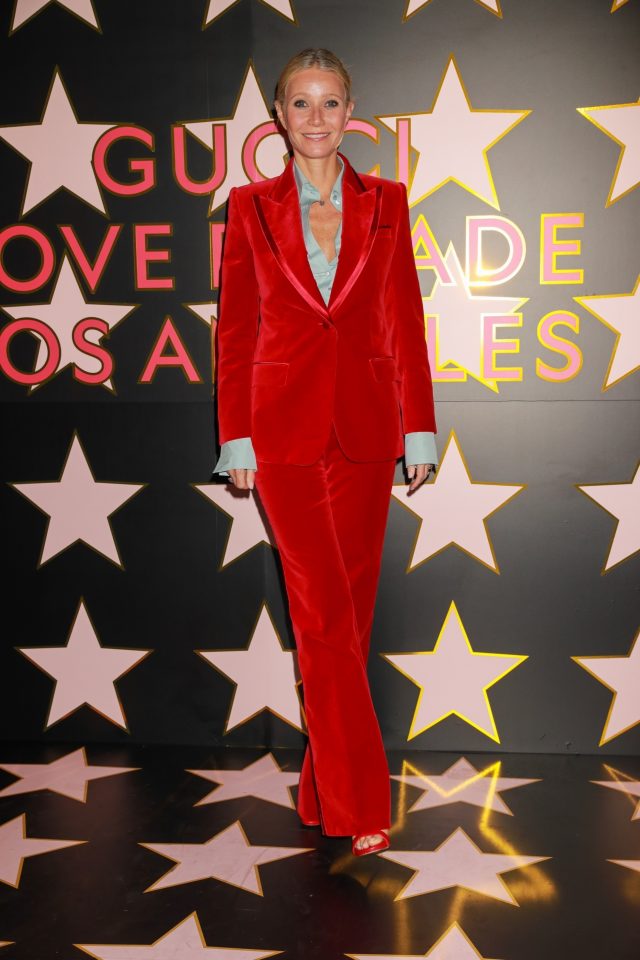 Among others who made an entrance was Gwyneth Paltrow, who was wearing the red velvet Gucci suit that she had previously worn in 1996.