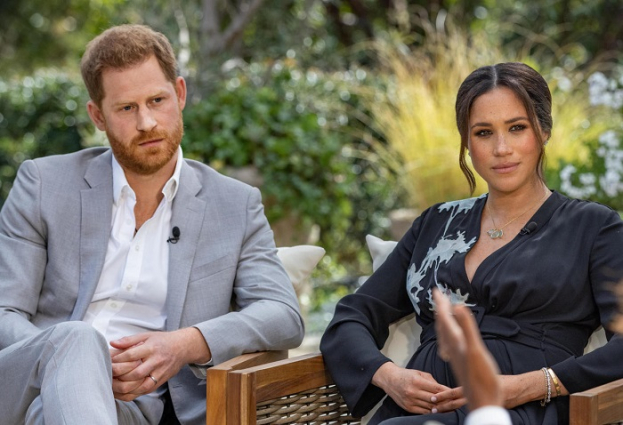 Meghan Markle and Prince Harry had been planning their bombshell interview with Oprah Winfrey for years, a royal biographer has claimed, Express reported.

According to Andrew Morton, the couple began talks with Winfrey soon after they got married in 2018. While researching his new book, “Meghan and the Unmasking of the Monarchy” Morton told CTV's Your Morning that he was astonished to find that negotiations between Harry and Oprah had been underway just six months after they got married.

He said: “They were planning the big Oprah interview several years before it actually happened,” he told CTV’s Your Morning.

Meghan and Harry's interview with Oprah Winfrey was aired on ITV in March this year.

The couple also said that they had faced racism from within the royal family.

Meghan said that there were “concerns and conversations about how dark” her son’s skin might be.

The interview took place just a year after Meghan and Harry moved to LA, after stepping back from royal duties.

They moved out of the UK with their son, Archie Harrison, who was born in 2019.

Their daughter, Lilibet—who is named after the Queen—is yet to return to the UK and meet her namesake.

Writing in his new book, Morton said that Harry felt he had to protect Meghan as a result of what happened to his mother, Lady Diana.

"He’s trying to protect Meghan in the way that he couldn’t protect Diana, and I think that’s very deeply embedded in his psychology,” he wrote.

Morton stated: “Diana felt quite suicidal in the early days of her time in the Royal Family, but she got through it in the end, and I think that Meghan and Harry were not prepared to spend that time.

“For Harry, it was either Meghan or the monarchy,”

He added: “She talked about the fact that ‘people hate me just because I’m breathing. What’s the point of continuing?'

“She had some pretty dark nights of the soul in the times that she was a member of the Royal Family.”

Prince Harry and Meghan are currently living in LA, working together for their Archewell Foundation.

Meghan recently caused controversy by her decision to engage in US politics, when she wrote to Congress asking for paid parental leave.

She initially faced backlash for the intervention, with commentators criticizing the Duchess for using her royal title when engaging in politics.

However, she won a victory earlier this week, when paid parental leave made its way back into the US Build Back Better act.