Did you know? The Terminal: 11 interesting facts about the movie 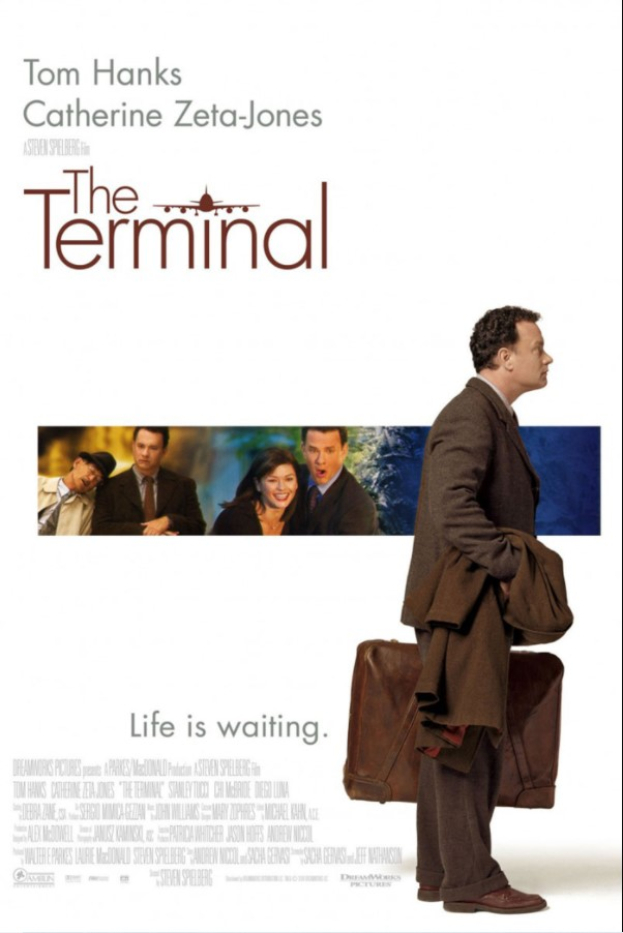 1.For shooting, the film's director Steven Spielberg had to create an exact copy of the terminal of the modern airport.

2.The shooting of the film began on October 1, 2003 — after Tom Hanks finished filming the movie "Gentlemen's Games".

30The picture is based on a true story of what happened to Merhan Karimi Nasseri, an Iranian citizen who was "stuck" at Charles De Gaulle Airport in France in 1988 (his briefcase containing all the documents was stolen).

4.Initially, the motion picture was supposed to be directed by Andrew Niccol, who rewrote the first version of the script.

5.In the film, officer Tores, played by Zoe Saldana, says that she is a fan of Star Trek. In the future, Saldana will get a role for the relaunch of Star Trek.

6.The Terminal is the only film produced by Tom Hanks and Steven Spielberg that was not nominated for an Academy Award.

7.In the episode featuring Milodragovich, the script was not written for Valery Nikolaev. The actor speaks in Russian impromptu, with only an understanding of the overall situation. Nevertheless, the scene turned out to be very expressive.

8.The girl with the suitcase, whom Victor is trying to help, is Steven Spielberg’s daughter.

9.The role played by Chi McBride was originally planned for Bernie Mac.

10.The film was honored to open the Venice Film Festival in 2004.

11.The jazzman, from whom Navorski takes an autograph for his father - Benny Golson (plays himself in the last scenes of the film), is a famous American jazz saxophonist who was actually present in the famous photo "Harlem-1958" where many great jazz musicians of the twentieth century were gathered.