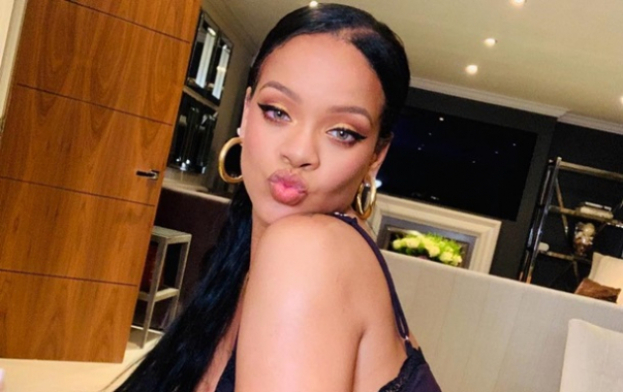 Rihanna shut down the latest batch of pregnancy rumors after the tabloids began to question whether or not she was expecting her first child with boyfriend A$AP Rocky following an appearance in Barbados to accept her native country's National Hero Award, InStyle reported.

For the occasion, she wore a clingy orange silk halter gown that had the internet claiming they spotted a "baby bump," and sleuths went into overdrive when photos emerged of the songstress placing her hands over her stomach.Rihanna reportedly shut down the speculation to a fan named "Jen" in the most Rihanna way ever.

In the alleged DM exchange, Jen wrote to RiRi, "Can I come to the baby shower sis!? True or not your babies are going to be beautiful. Sorry everyone's up in your uterus right now." Rihanna wrote back, "Haaaaa! Stawwwp! You ain't came to the first 10 baby showers!"She added, "Y'all breed me every year dammit lol."