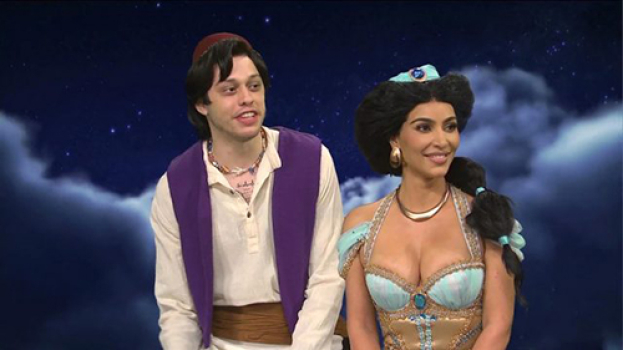 The romance between TV star Kim Kardashian and comedian Pete Davidson continues to develop rapidly. The couple went on a romantic trip to the Bahamas. They were photographed boarding a private plane together.

Kim lives with her children in Los Angeles, and Pete in New York, where he starred in the "Saturday Night Live" show. That is why they are constantly traveling to spend time together.

In late October, it was first reported that Kim and Pete were having an affair. Davidson and Kardashian were spotted holding hands in an amusement park in South Carolina. Later, Kardashian appeared in the SNL sketch, in which she kissed Davidson.