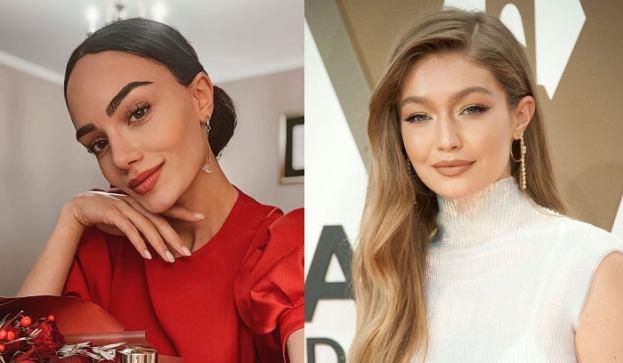 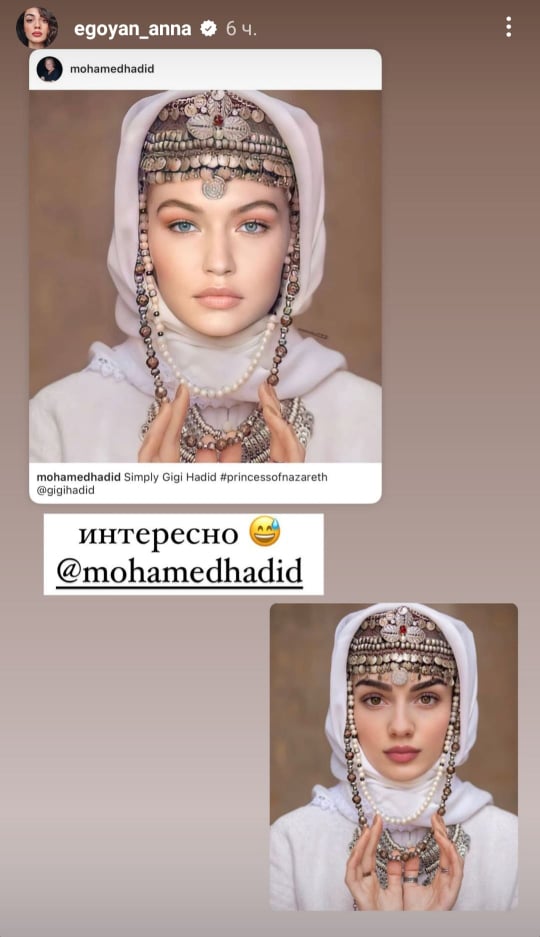 Egoyan had posted this photo on her blog back on July 10, 2020, when she had participated in the "Nairyan Girls" project.

Attached to the photo, Anna wrote how important it is to be Armenian and preserve the traditions of one’s own people. 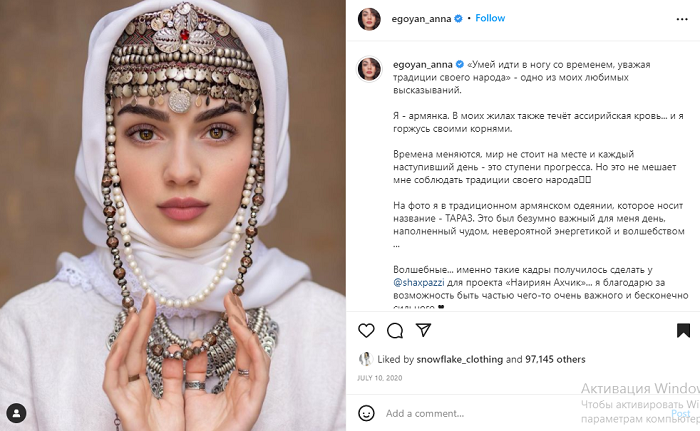 As for the respective photo of world-famous American model Gigi Hadid—who is of Palestinian and Dutch origin—, the model's father, Mohamed Hadid, shared it a few hours earlier. "Simply Gigi Hadid," he captioned the post, adding the hashtag Princess of Nazareth. 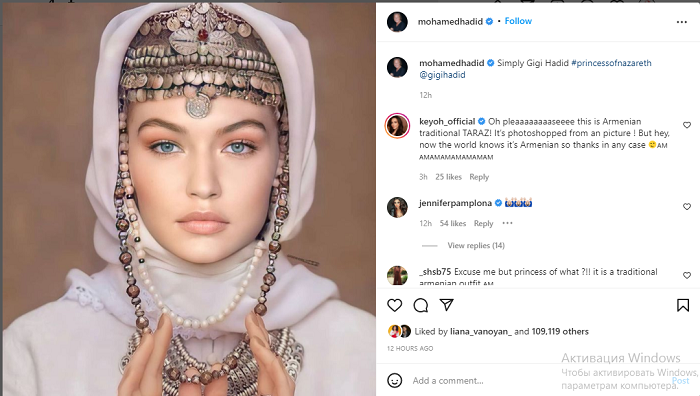 These photos of Gigi are actively commented on by Armenian users social media, and they do not hide their frustration over copying. Many of them also assumed that it is actually the photo of Anna Egoyan, and the face of the American model is the result of photomontage.