I went to the premiere: Funny and fast 'Sonic the Hedgehog 2' (NO SPOILERS) 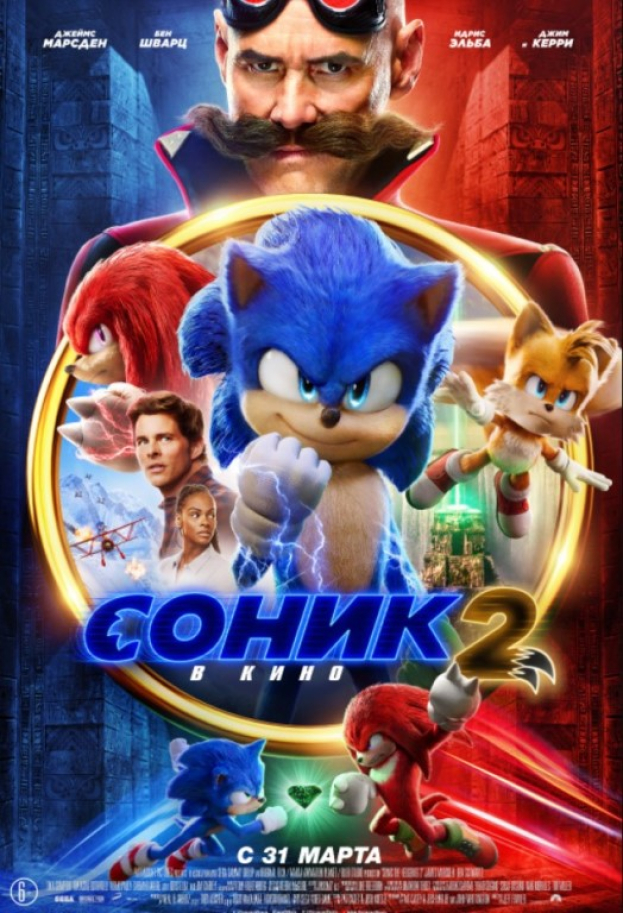 When the manic Dr. Robotnik returns to Earth with a new ally, Knuckles the Echidna, Sonic, and his new friend Tails are all that stand in their way.

The first film was just an introduction to Sonic, whereas in the sequel the viewer was given adventures, LOR, and explanations of things that the first movie could not explain. Did the film live up to expectations? It seems that more yes than no.

I really like how carefully Paramount uses the canon and LOR of the game universe. In fact, wheels were not reinvented, but they did not make a carbon copy either.

The sequel presents us with new heroes, new locations, and new challenges for the main character, namely, what it means to be a hero. To be more precise, it is not only about confronting the villains, but also about taking responsibility for your actions and for those for whom you are responsible. And the main character has yet to realize this truth.

To some, the film may seem somewhat naive and frivolous. But here also you need to remember that this is an adaptation of the adventures of characters from a video game.

As expected in the sequel, Jeff Fowler will expand the Sonic universe by stuffing characters from other worlds. This is a bit negative for the motion picture because it resembles "Ralph vs. the Internet" where there are a lot of characters, but their characters are not revealed because everything is for the background.

Of the cast, of course, Jim Carrey pleased, who, like last time, enjoys playing the role of Sonic's classic opponent, Dr. Robotnik.

"Sonic 2" is a great sequel to your favorite childhood hero. Like its predecessor, it sets up the expectation for future films.

I hope we will see more of Jim Carrey in the character again, as well as all the heroes of the Sonic games.