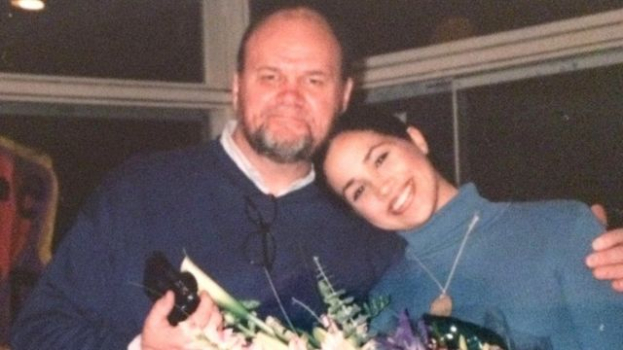 He believes that his daughter's husband is too weak-willed and behaves like an obedient son of a strict mommy, following his wife in everything.

He labeled Prince Harry an 'idiot' and agreed with Trump that the duke is 'whipped' by his daughter.

Thomas Markle, 77, also said he intends to visit Britain in June, when the country will celebrate the Queen's Platinum Jubilee.

"I'm going to show my respect for the Queen and I'm going to make sure that the Queen understands that my entire family respects the Queen and the Royals. 'We admire them and we want them to know that's how we feel about them and that's how we feel about England. I would like to meet with Prince Charles and thank him for walking my daughter down the aisle, and also to meet and talk with him because I think we have a lot in common now. We've pretty much both been ghosted by our children,” he said.

He added he was reaching out to all members of the royal family ahead of the visit to make them aware that he and his family have 'no ill feeling about the royals whatsoever', and they have 'nothing but respect and admiration' for them.