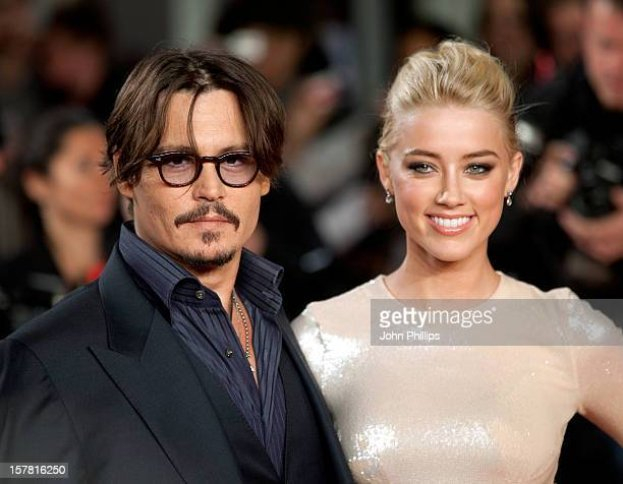 Actress Amber Heard said in court that she refused films with intimate scenes because of ex-husband Johnny Depp, The Independent reported.

"I read the script and thought this character was empowered sexually and by the time I got Johnny's feedback on it, I had been convinced that, actually, I was just being used. I was just being used," she said. "It was clear that was all I had to offer, and I was too foolish to see it."

"It was hard for me to work, justify working. Every audition, every meeting, every script I got was a negotiation or a fight. I had to justify it as if I was to say, 'Hey, let's have an open relationship,' " she said. "I thought that would be minimized if I could make him feel more secure."

"I've always been really independent, and I never imagined not working. I've worked from the earliest time I can imagine. I come from parents who worked until they literally couldn't anymore," the Texas native said. "I never imagined myself having to explain my job or justify my job. But I did."

Depp himself, in response to the allegations, explained that Heard complained to him about the objectification of women in Hollywood and asked for advice on what to do so that she would no longer have to be naked in films.

"Ms. Heard had come to me and she seemed to be seriously concerned about how she was being portrayed in Hollywood. She was concerned that, because she had done films where there was kind of arbitrary nudity, things of that nature, she had voiced to me that she did not want to be looked upon that way in the industry. She wanted to be able to escape the chains of being objectified by the Hollywood system, which is a difficult thing for any woman certainly, unfortunately."

"She asked me, 'How can I avoid being stereotyped as the beautiful blonde who gets her breasts out or goes naked ...' and I gave her my advice on it, on how to avoid it, which I thought was pretty accurate," he said. "Her ambition was stronger than what she received from my advice."