In France, court sentences to prison thieves of Banksy's graffiti 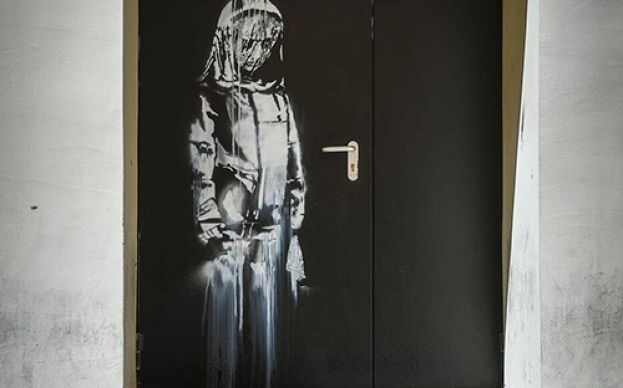 In France, the court sentenced to prison the kidnappers of graffiti by the street artist Banksy, CNN reported.

The court said that seven French citizens and an Italian citizen are sentenced to imprisonment of up to two years. They will not serve time in a correctional facility, but are required to wear electronic bracelets. The lawyer of one of the defendants, Romain Ruiz, called this decision wise.

The work La jeune fille triste ("Sad girl") shows a human figure in a black and white veil. The piece is dedicated to the victims of the terrorist attack in Paris in 2015. The graffiti was painted on the door of the emergency exit from the concert hall in 2018. In January 2019, the painting, along with the door, was cut down and stolen. It took a year and a half to locate the image.