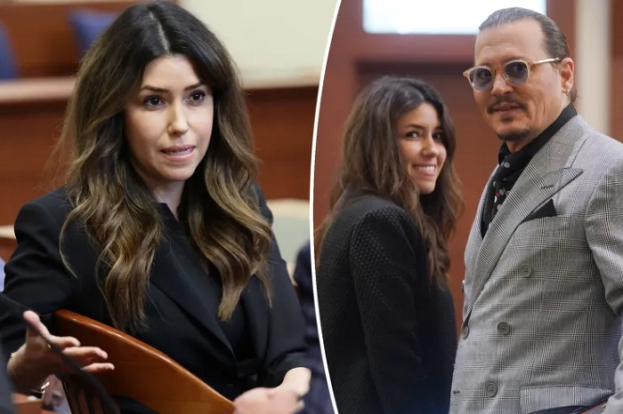 Folks on an American Airlines flight from Los Angeles to New York this week said Camille rushed to assist an elderly passenger who collapsed and hit his head midflight.

The incident went down when the man in his 70s fell to the floor while walking past her and her bodyguard, who were both sitting in first class.

When the flight attendants yelled for help, Camille and her muscle sprang out of their seats and tended to the guy.

Passengers say Camille got in touch with her brother-in-law, a doctor, and he started guiding her through steps to check if the man was having a heart attack or brain bleed from the fall.

Camille's bodyguard took off his Apple watch to monitor the passenger's heart rate.

Folks say there was a surgeon on board who came forward to take over for Camille and her guard.

One of the flight attendants told Camille she was "wonder woman" and gifted her 2 bottles: Merlot and champagne.

The plane turned back to LAX, when it landed the man was conscious and EMTs came aboard and escorted him off the plane.

A representative for American Airlines confirmed the incident to TMZ.