Kim Kardashian is criticized for trying to sell her kid's robes, other used items 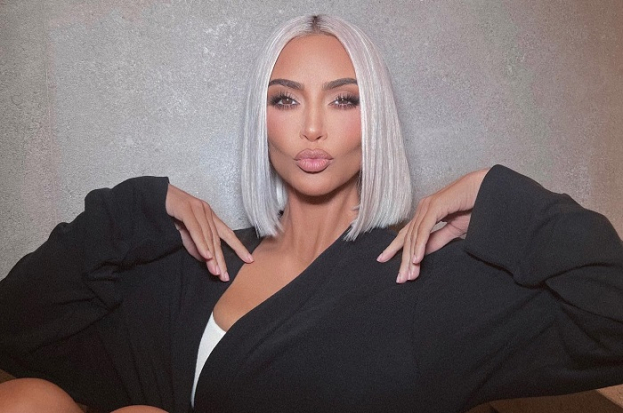 Kardashian critics have slammed Kim's “all-time low” parenting move as she tries to sell her kids' $300 robes and other used items, The Sun reported.

Kim, 41, recently came under fire when she placed her used Birkin bag up for sale instead of donating it to charity as some fans suggested.

A fan reposted the listing of the Kardashian-West children's clothing on a popular Kardashian dedicated Reddit board.

The clothing items were posted for sale on KardashianKloset.com, which is, as the website claims, a "resale site featuring the Kardashian Jenner family’s fabulous and fun clothing."

The Redditor captioned the post, "The Kardashian Kloset got even more disgusting and strange…"

They continued, "Selling their CHILDREN’s SWIMSUITS...something ain’t right with this, I can’t be the only one."

The listed clothing included swimsuits, a robe, and what appeared to be Halloween costumes.

The post's creator commented on a few of the items, such as a $75 bathing suit that they described as, "Overpriced and just weird."

And a $250 "coat" that closely resembled a robe that was captioned, "A used kids bath robe when there are so many creeps obsessed with their kids".

One fan commented: "This is an all-time low parenting move from Kim and fam, just sick." 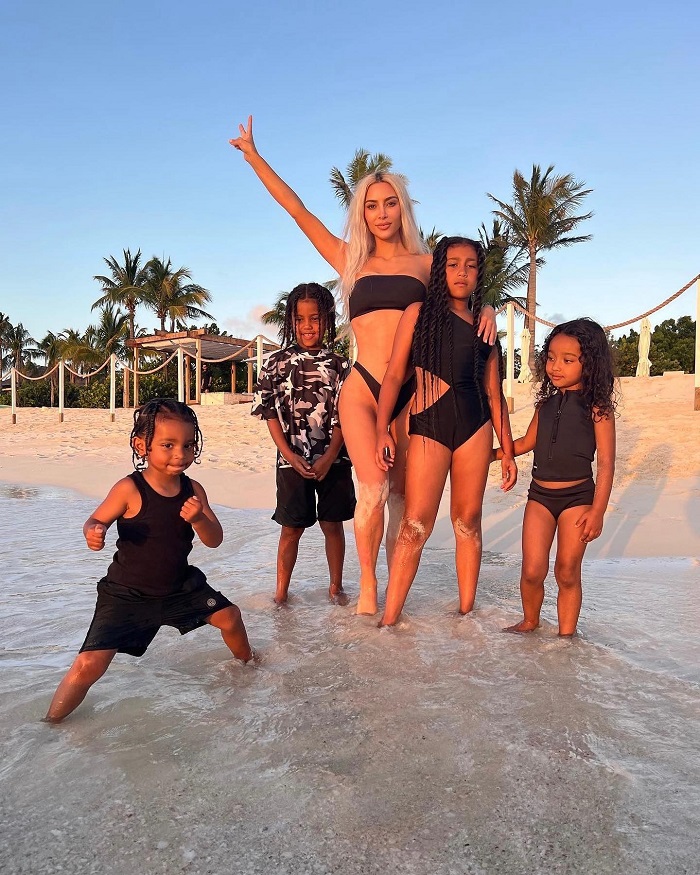 A second person wrote: "Are they that desperate for money? [Do] they need to sell second-hand clothes for $40?"

Another Redditor answered, writing, "Their spending may be beating their income. Honestly, these listings seem like a cry for help because there’s no way in h**l they’re selling clothes for $40 and are in perfect financial shape."

A fourth person commented: "On top of their private jet stuff, they're just so sick in the head. They cannot even for a moment think of doing anything for anyone else for nothing."

One Redditor commented: "I don’t care that they sell [their] kids' clothes but bikinis [are] gross."

Another critic responded, "If they’re so rich, why bother selling anything? Just donate it!"

The donation sentiment continued with many Reddit users voicing the same point.

"It’s disgusting that they don’t donate this stuff", wrote a repulsed Redditor while another added, "Yeah they should just donate children’s clothing honestly."

One person made a more practical argument, commenting "$95 for a child's swimsuit? $250 for a 6-year-old's coat? I know we're talking about the KarJenners, but it's madness to pay that much for childrens' clothing that they'll probably outgrow in one season!"

While another fan asked the question many of the other commenters were thinking, "Where the f**k is Kanye when we need him?"

The charity donation opinion continued as the Keeping Up With the Kardashians alum was recently slammed for selling her used Birkin bags to fans for $110K.

The backlash came after Kim announced on her Instagram Stories that she has added new items to KardashianKloset.com.

The website is an online store where the Kardashian women sell their used designer clothes to fans.

However, many fans on social media were appalled that Kim is deciding to sell and make a profit from her used items.

“Why isn’t this going to charity?” asked one.

Another wrote: “I can’t believe how unethical this family is.”

“This is embarrassing, people are staving, Kim,” added a third.