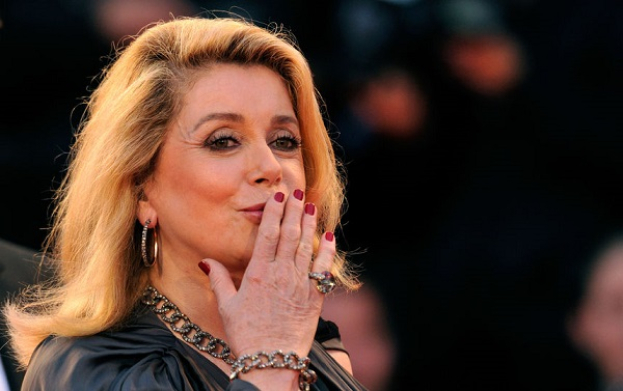 On the Italian island of Lido, the oldest international film festival, the 79th Venice Film Festival, opened.
This year's festival opened with 'White Noise' by American director Noah Baumbach, based on the novel by Don DeLillo. In addition to it, there are 22 films in the competition of this year's festival. So the jury headed by American actress Julianne Moore will have a serious job, which ends September 10 in the presentation of the Golden Lion and other awards.
One of the winners of the festival awarded the day of opening: it's Catherine Deneuve, she received an honorary Golden Lion for the brilliant career.
The main festival awards will be claimed by Japanese director Kōji Fukada's 'Love Life,' Mexican director Alejandro González Iñárritu's 'Bardo,' French director Romain Gavras's 'Athena,' director Joanna Hogg's 'The Eternal Daughter' with Tilda Swinton in the title role, Iranian director Vahid Jalilvand's 'Beyond the Wall' and'Argentina 1985' by Santiago Mitre, 'Chiara' by Italian directorSusanna Nicchiarelli, 'Monica' by Andrea Pallaoro, 'All The Beauty And The Bloodshed' by Laura Poitras, 'A Couple' by Frederick Wiseman, 'Our Ties' by Roschdy Zem and 'The Children of Others' by Rebecca Zlotowski.