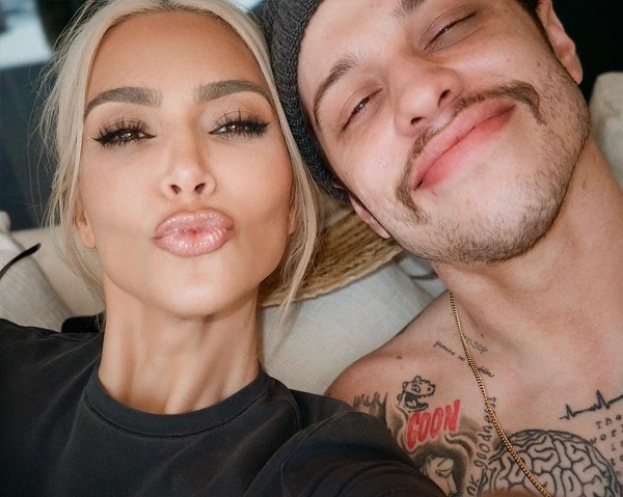 Reality star Kim Kardashian spoke out for the first time about her ex-boyfriend Pete Davidson in Interview Magazine.
"He's a cutie. he's literally such a good person," Kim said.
It's noted that Pete Davidson himself is painfully over his breakup with the reality star. It turns out he rushed the ring...The comedian reportedly proposed to Kim, thereby pushing the star away.
“He is devastated. Everyone warned him that he was going to push her away, but he didn’t listen. Remember, this is the same guy that proposed to Ariana Grande after just a few weeks. Pete learned nothing from that relationship. He falls hard and he falls fast," sources tell Radar.
Kim Kardashian and Pete Davidson's romance began last October when they kissed on the SNL show. Before that, Kim was married to Kanye West and filed for divorce in early March.