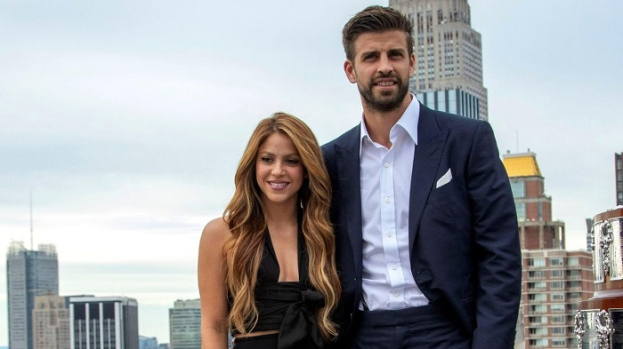 <span;>Shakira has broken her silence on her breakup from football player Gerard Pique, El Pais reported. In an interview published in Elle Spain, the Colombian singer said she is currently in “one of her most difficult and darkest hours.”

Since the end of her 12-year relationship with Pique, music has become a “lifesaver,” she said, who added that it is “like going to a psychiatrist.” The Colombian artist has also spoken about what the relationship meant for her and her career. She and Pique have two children together, nine-year-old Milan and seven-year-old Sasha. Shakira recalls that her ex-partner – who she met shortly before the South Africa World Cup, for which her song Waka Waka was the official anthem – “wanted to play football and win championships.” She had to support him. “He would either end his contract with the Barcelona football team and move with me to the United States, where my career is, or I would have to do that. One of the two had to make that effort and sacrifice. And I did it. I put my career in second place and I came to Spain to support him, so he could play soccer and win championships. And it was an act of love,” she confessed. The two met in the Barcelona office of the athlete’s lawyer on September 15 to reach an agreement about their separation. According to information published in media outlets, the negotiation process was unsuccessful, and Pique left the meeting earlier than anticipated. Financial issues seem to be the primary obstacle. But both of them, according to Shakira’s interview with Elle, want the best for their two children.

“Independently of how things ended or how Gerard and I feel as exes, he is the father of my children. We have work to do for these two incredible kids, and I have faith that we’ll discover what is best for their future and the right solution for everyone. And I hope and ask that we can have space to do so in private.” The couple, who never married, announced their separation in June. Since then, both parties have attempted to reach an agreement about the custody of their children without going to court. Rumors suggest that their future plans go in very different directions. Piqué will continue playing and working in Spain, where he has begun a new relationship with Clara Chia, while Shakira is planning to reside in Miami.  “There’s nowhere my children and I can hide from photographers, except my own home. We can’t go to the park like a normal family or go out for ice cream or do any normal activity without being followed,” the singer complained. “I have tried to hide the situation from them. I try to protect them, because that’s my priority in life. But later, at school, they hear things from their friends or they find unpleasant news stories online, and it just affects them,” she added in the interview.