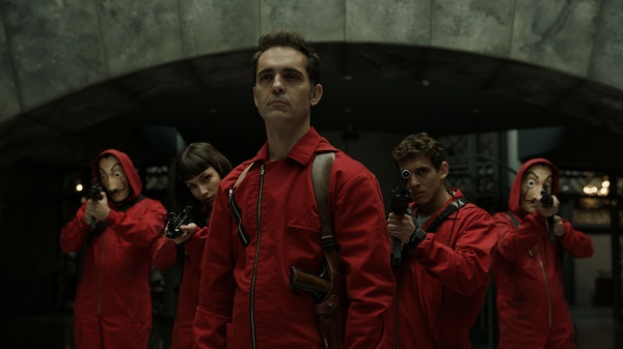 Netflix has revealed the main characters of the upcoming series "Berlin." It will be a spin-off of "Money Heist" about Berlin's adventures before the robbery of the Royal Spanish Mint in the original show, El Pais reported.

The project, titled "Berlin," will focus on the life of the character, played by Pedro Alonso, long before he joined the gang that committed the largest heist in the country. The new show from Netflix Studios will also feature actors Michelle Jenner, Tristan Ulloa, Begona Vargas, Joel Sanchez and Julio Pena.

The series, directed by Albert Pinto, David Barrocal and Geoffrey Cowper, will have eight episodes. According to the creators, the "Money Heist" spin-off will also focus on heists, but it will have more comedic and romantic scenes and its own identity.

"Berlin" will be filmed in two countries, Spain and France. The project's premiere date has not yet been disclosed.