David Beckham is first to comment on conflict between wife, Victoria, and daughter-in-law, Nicola Peltz 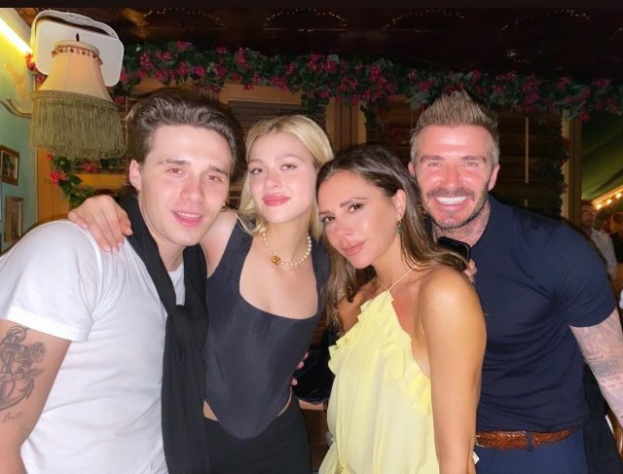 Rumors about the conflict between Victoria Beckham and daughter-in-law Nicola Peltz do not stop.

This time, David Beckham himself decided to express his view to these happening events—true, he did it through his son Brooklyn.

According to insiders, the football legend is extremely unhappy with Nicola's behavior.

David and Victoria were unhappy with their daughter-in-law's interview where she confirmed that the conflict between her and mother-in-law Victoria arose because of a dress.

According to a source of Daily Mail, David had a serious conversation with his son and expressed his view towards Nicola.

Beckham added to Brooklyn: “What happens next is up to you, but we are done with the drama.”

The source added: “David was really appalled by the Grazia interview because it seemed to be washing the family dirty linen in public—and he said that [Brooklyn's brothers] Romeo and Cruz are also hurt by it. It was probably a shock as he's never done anything other than tell Brooklyn how much he adores him.”